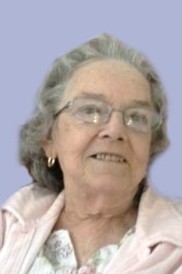 Beverly Ann Lemoine, age 77 years, died early Wednesday morning, May 18, 2016, in the Northwestern Medical Center with loving family at her side.

Born in Alburgh on, May 19, 1938, she was the daughter of the late Thomas N. and Florence (Rouse) Thompson. She attended Alburgh schools and on, May 26, 1956, was married to George Lemoine who predeceased her on, May 25, 1999. She was associated with Softlite of Swanton for 19 years and earlier was employed by Thermal Wire in South Hero.

Besides her parents and husband George, Beverly was predeceased by a son, James Matthew Lemoine in January of 1961; a sister, Elizabeth Crites; brothers, Royce, Gilbert, Lloyd and Graeme Thompson and a sister-in-law, Betty Thompson.

A Funeral Service will be held Saturday, May 21, 2016 at 12 noon from The Kidder Memorial Home, 89 Grand Ave., Swanton. Father Luke P. Austin will officiate. Interment will follow at the Lemoine family lot in St. Mary’s Roman Catholic Cemetery.

Friends may call at The Kidder Memorial Home, 89 Grand Ave., Swanton on Saturday morning from 10 a.m. until the hour of the funeral.