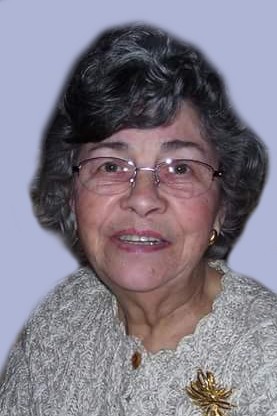 Betty Hilliker Cadieux, age 83 years, died late Tuesday evening, August 30, 2016, at The University of Vermont Medical Center with loving family at her side.

Born in West Swanton on February 9, 1933, she was the daughter of the late Willard Raymond and Della Rose (Nolan) Hilliker. She attended Swanton schools and on December 27, 1954, was married to Bernard Marcel Cadieux who predeceased her on November 19, 1986.

A widow for 30 years, Betty successfully managed and worked six acres of land into the beautifully landscaped and meticulously kept lots that she rented. Betty loved her children and grandchildren so much, she was always there to babysit, fix a meal, or give a ride to the doctors. Betty was a hard working woman for her size. She always held dear to heart the great grandchildren that she had and one that is coming in October. At age 83, Betty still insisted on continuing the large yearly family barbecues. In addition to caring for her parents, mother-in-law and other family members, Betty also did respite care for the developmentally disabled through Aris Solutions. She was also an assistant to her longtime companion, Raymond Breton, a skilled carpenter and enjoyed many projects with him.

Betty was a member of the Nativity Ladies of Saint Anne, Veterans of Foreign Wars, Charles DaPrato Post 778 Auxiliary and a longtime supporter of the Franklin County Animal Rescue and the Daughters of the Holy Spirit, USA Province in Putnam, CT. In earlier years Betty served the Town of Highgate as Assistant Town Clerk.

A Funeral Service will be held Saturday, September 3, 2016, at 1 p.m. from The Kidder Memorial Home, 89 Grand Ave., Swanton. Father Luke P. Austin will officiate. The Rite of Committal and Interment will follow at the Cadieux family lot in Riverside Cemetery.

Friends may call at the funeral home on Saturday from 11 a.m. until the hour of the funeral.

Gifts in Betty’s memory may be made to the Franklin County Animal Rescue, 30 Sunset Meadows, St. Albans 05478.