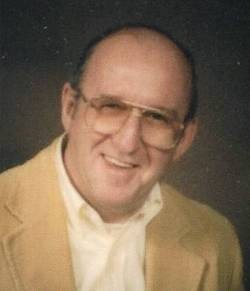 St. Albans – Bernard Richard Coolbeth passed away peacefully with his loving family by his side on Sunday, July 9th, 2017, at the age of 77, in the comfort of his own home.

Bernard was born September 19th, 1939, in Brattleboro, Vermont. He was the son of John Francis and Edna (Brunton) Coolbeth.

He graduated from Newport High School class of 1959. On October 24th 1959, Bernard married the love of his life, Marion Joyce (Manning) in Beebe Quebec. Bernard and Marion shared 57 happy years of marriage together. Bernard was employed the majority of his career for IBM and later retired in 2000. Outside of work, he enjoyed American history, political debates, classic movies, country music specific to his earlier years favorites, driving the country side of the Northeast Kingdom that he always considered home, and most importantly spending time with family. Bernard was a past member of the Free Masons and served in the Vermont Army National Guard.

Bernard was a devoted loving husband, father, grandfather, and friend. He never let his battle with Parkinson’s diminish his sense of humor. It carried him far, joking with family and medical staff during his most difficult times. Bernard’s whit, humor & honesty was a trademark that will never be forgotten by all that knew him.

Beside his parents, Bernard was predeceased by a brother, Francis Jonathan Coolbeth.

The family would like to add a special thanks to the following, Dr. James Boyd, MCHV & Dr. Michael Corrigan, NWMC, Franklin County Home Health Agency, & the VNA for their care, concerns & personal attention.

If expressions of sympathy are desired, please consider making donations in Bernard's memory to Parkinson Research at The National Parkinson Foundation, 200 SE 1st Street, Suite 800, Miami, Florida 33131 or at Parkinson.org

Per Bernard’s & Marion's request, the family will hold a private ceremony with the assistance of Heald Funeral Home, where his on-line guest book is available at www.healdfuneralhome.com.