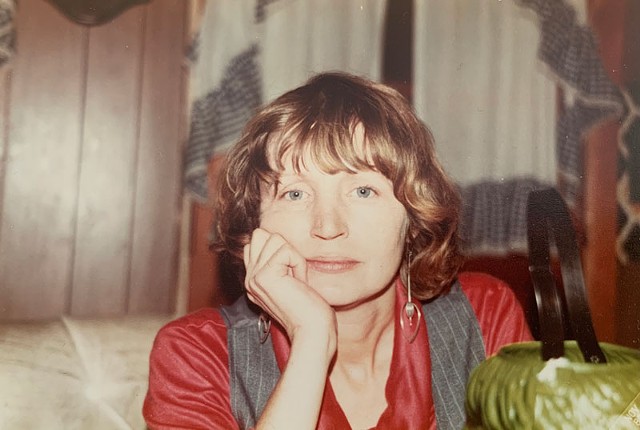 Barbara LaVanway was born December 21, 1939, in Windber, Pa. The love of my life and my best friend was taken from me on August 3, 2021. Barbara fought a courageous fight for three years against lung cancer. She was the daughter of Louis and Veronica Hauler Knecht.

Barbara was a lady of many talents. During her working career, she was the first teacher in the Head Start program in Montpelier, Vt. In 1969, Barb was administration assistant and relocation specialist for the Neighborhood Improvement Project in Montpelier. She worked in the personnel department at IBM in Essex, Vt. She was co-owner of Green Iguana's Pet Shop in Richmond, Vt., as well as the House of Glass and the LaVanway Glass Studio, both in Richmond and later in Westford, Vt. She was the owner of Santa's Caravan at the South Burlington mall and the co-owner of Veronica's Variety in Hinesburg, Vt.

Barbara was a talented artist in many mediums. She made thousands of glass icicles for her customers' Christmas trees, plus numerous other glass art pieces. She also sold her watercolor paintings, hand embroidery, wheat weaving, pastels and much more. Barbara was also known for her great style, particularly her beautiful hats, many of which she handcrafted and designed herself.

Above all, Barbara was a devoted mother to her four children and the loving wife of Fenton LaVanway.

Barbara requested no funeral service; however, there will be a graveside burial for the family in Middlesex, Vt.