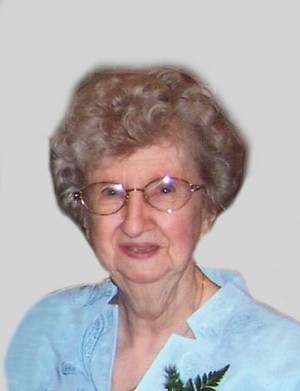 Anna Marie Gamache, age 82 years, died early Saturday morning, September 19, 2015, at the University of Vermont Medical Center with loving family at her side.

Born in Swanton on, February 3, 1933, she was the daughter of the late Raymond and Adele (Giroux) Moreau. She graduated from the former St. Anne’s Academy and on, June 15, 1957, was married to Joseph L. Gamache who survives her.

As a lifelong and devoted parishioner of Nativity of the Blessed Virgin Mary / St. Louis Parish, Anna was a member of the Nativity Ladies of St. Anne and Altar Society, volunteered several years in in the parishes Religious Education Program and worked on countless church dinners. She was also an area 4-H Leader, enjoyed crafts and was a longtime member of the Missisquoi Craft Club.

Besides her parents, Anna was predeceased by a brother Henry Moreau.

Anna’s family would like to extend their “sincerest thanks” to the doctors and nurses at the University of Vermont Medical Center for the wonderful care received over these many years.

The Liturgy of Christian Burial will be celebrated Saturday, September 26, 2015, at 11 a.m. from The Church of the Nativity of the Blessed Virgin Mary, 65 Canada St., Swanton. Father Luke P. Austin will be the celebrant and homilist. The Rite of Committal and Interment will follow at the Gamache family lot in St. Mary’s Roman Catholic Cemetery.

Friends may call at The Kidder Memorial Home, 89 Grand Ave., Swanton on Friday from 3 to 7 p.m. Father Austin will conduct a vigil service at 6:45 p.m. and remain after for The Sacrament of Reconciliation.

Gifts in Anna’s memory may be made to American Migraine Foundation, 19 Mantua Rd., Mount Royal, NJ 08061 or to the Cardiology Vascular Center Endowment, in care of the, University of Vermont Medical Center, Mail Stop 4610H4, 1 S. Prospect St., Burlington 05400.