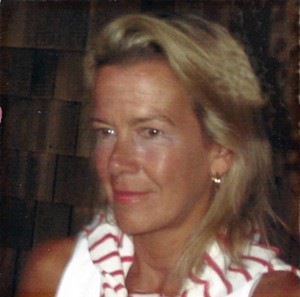 Anny was born to Everett Clark Bailey and Doris Doerfler Bailey on May 16, 1955, in Burlington, Vt. The third of four children, she was raised in the Burlington area, attended local schools and graduated from South Burlington High School in 1972. After high school, she attended the Berklee School of Music in Boston and pursued a singing career in New York City before returning to Vermont.

Anny graduated from the University of Vermont School of Nursing as a registered nurse. Anny worked passionately in different nursing specialties for more than 40 years, including surgical/operating room, ob-gyn and oncology in Vermont, Florida and Rhode Island.

Anny and David renewed an earlier relationship, marrying on February 18, 1995. For both, it was the love of their lives. They enjoyed many happy years together at their home in Fayston, Vt., before moving “south” to the village of Jamestown on the lovely island of Conanicut in Rhode Island.

Anny had a happy and fulfilling life, living every minute with unbridled enthusiasm — she was a breath of fresh air to all whom she met! She enjoyed sailing, skiing, swimming, singing and dancing (and the Boston Red Sox). She was very social, making friends easily by bringing warmth and humor to whomever she met and whatever she did.