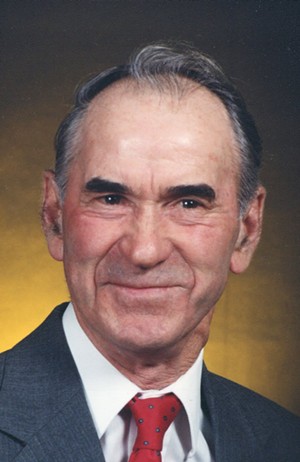 Andrew Claude Choiniere, age 87 years, a lifelong resident of Highgate Center and more recently of Franklin died early Saturday morning January 25, 2014, at his Main St. residence with his wife Claire and loving family at his side.

Born in Ste. Jean, Quebec Canada on October 25, 1926, he was the son of the late Philip and Bernadette (Galipeau) Choiniere. He attended Highgate schools and on May 14, 1949, was married to the former Claire Rainville who survives him.

A lifelong farmer Andrew, with his family owned and operated a large dairy farm on the Tarte Road in Highgate Center. He was a member of St. Louis Roman Catholic Church and a Lifetime Honorary member of the Knights of Columbus, St. Edmund of Canterbury Council 7669 in Swanton.

He will always be remembered as an extremely hardworker and devoted husband and father. He enjoyed helping his neighbors and no matter what was asked of him he never said no.