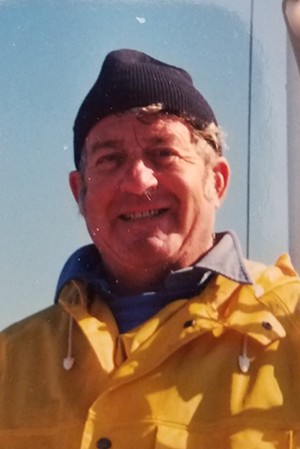 Allen G. "Bud" Palmer of Langdon Place in Exeter, N.H., passed away at the Community Hospice House of Merrimack, N.H., on October 10, 2020, at the ripe old age of 90 after a short period of declining health.

Mr. Palmer was born in Exeter, N.H., on September 18, 1930, to Philip H. and Gertrude (Paulsen) Palmer, who predeceased him in 1981 and 2001, respectively. He graduated from Hampton Academy (High School) in 1948 and entered the United States Coast Guard. He served proudly for six years before being medically discharged in 1954. While in the USCG, he was on the CGC Castle Rock, NAS Salem, Mass., and, finally, NAS Barbers Point, Hawaii.

He was soon employed by New England Telephone from 1954 to 1984. While there, he held a variety of positions working in the EI department, Local and Toll test; and was the wire chief for the Portsmouth area, a staff manager in Manchester, and the IR area manager in both Nashua, N.H., and Burlington, Vt. Along on that journey to various locations, he was accompanied by his beloved wife, the late Geraldine Lynch, whom he married in 1956. They successfully raised three daughters and a variety of family pets.

Bud was happiest in life when he was out on the water sailing with his late brother, Donald. They had many trips along the Maine and New Hampshire coasts with a band of like-minded souls. “What happens on the boat stays on the boat.” He also loved to ski and could often be found with the entire family in the mountains of New Hampshire, Maine, Vermont and New York. With a name like “Palmer,” he was, of course, a golfer, and some of the most enjoyable days of his last years were on the fairways and greens.

Bud and Gerri retired to the east coast of Florida in 1984 — first to Tequesta, then Stuart and, finally, back to Jupiter. Gerri passed away in 2003, and Bud started his “up and down" the East Coast trips between New England and Florida, becoming a bit of a snowbird. He moved permanently to Hampton in 2017 to live with the love of his later years, Anne.

At his request, there are no services, and burial will be private. A Celebration of Life will be planned in the late spring/early summer, when COVID-19 restrictions have improved. In place of flowers, memorial contributions are requested in honor of Bud to Community Hospice House of Merrimack, 210 Naticook Rd., Merrimack, NH 03054.