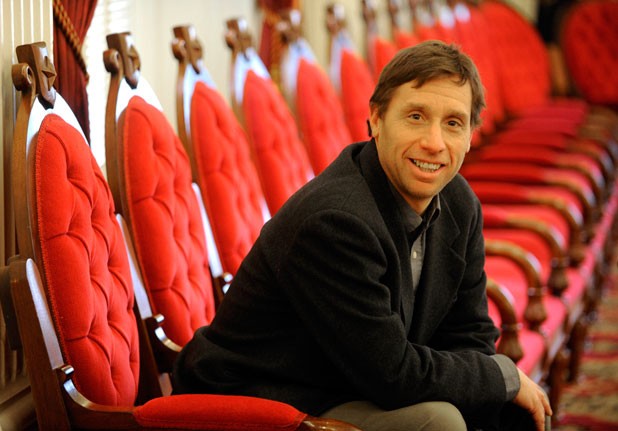 For years, “Susan” paid $30 a month to insure herself through the Vermont Health Access Plan, or VHAP. She went off the state-run program when she landed a job with health insurance. But she has since left that position for seasonal work without benefits, so she’s applied to get back on the state health care rolls.

But even if Susan could afford the $152 monthly premium for Catamount Health, a state-subsidized plan for Vermonters who make too much to qualify for VHAP, she’ll likely face further cost hikes next year — $9 to $11* more each month, and up to $4500 a year for copays, deductibles and prescription drugs.

Susan commutes 80 miles to her seasonal job and cleans condos at a time-share resort on weekends. She’s not sure her income — $32,000, plus child support for her 16-year-old daughter — can absorb the modest health insurance hike. She’s considering going without.

“You just hope nothing happens,” says the 39-year-old mom from central Vermont, who asked that her real name not be used because it might negatively impact her future professional opportunities.

The reason for the cost hike? Obamacare and Vermont’s impending introduction to the health care exchange.

On January 1, 2014, two state-subsidized health care programs — VHAP and Catamount — will cease to exist. The vast majority of VHAP subscribers, 80 percent, will be moved into Medicaid, the federal insurance program for low-income adults, their children and people with certain disabilities.

The remaining 20 percent, plus all of Vermont’s Catamount subscribers, will be placed into the health-insurance exchange mandated by Obama’s federal Affordable Care Act. Buying coverage is expected to entail choosing from between 20 and 30 private insurance plans.

Many patients will still be eligible for premium and cost-sharing assistance through a combination of federal and state subsidies — and in fact, thousands of Vermonters who currently aren’t enrolled in Catamount will be eligible for some state and federal subsidies, too. But thousands of others could end up paying more. That’s because the benefits under Obamacare aren’t as generous as what Vermont offered under VHAP and Catamount, which together insured roughly 50,000 Vermonters in 2012.

Vermont is one of only two states even considering supplementing federal subsidies with state funds. Even so, advocates for low-income Vermonters are raising alarm about higher premiums and out-of-pocket costs under the new health care exchange.

Peter Sterling, the director of the Vermont Campaign for Health Care Security Education Fund, says those additional costs will cripple families living paycheck to paycheck and dissuade individuals from seeking health care they need. And deferred care leads to more sickness and higher medical costs for all.

“Every study shows that when you raise the out-of-pocket costs, people put off necessary care or necessary treatment,” says Sterling. “We’re going to create a whole class of people who are not going to afford to see the doctor when they get sick. This is bad policy.”

The legislature has been debating this topic since it convened in January. Gov. Peter Shumlin has proposed spending $4.4 million for premium and cost-sharing assistance to subsidize health care for low-income Vermonters transitioning onto the health exchange. The House signed off on that amount in late March; now it’s in the Senate.

Under the House plan, most of the $4.4 million — around $2.9 million — would supplement the monthly premiums paid by people earning up to 300 percent of the federal poverty level, which amounts to around $70,650 for a family of four. The remaining $1.5 million would subsidize out-of-pocket expenses such as copays and deductibles.

Because of the complicated federal formula for determining subsidies, premiums will likely go up for some households presently on VHAP and Catamount and down for others. Single-parent homes appear poised to take the hardest hit.

House lawmakers decided to focus on “premium assistance” — that is, keeping monthly rates low — because research shows that premium cost is a leading determinant in whether or not people purchase health insurance.

Rep. George Till (D-Jericho), a practicing physician who sits on the House Health Care Committee, says he would have preferred making subsidies more generous for Vermonters moving onto the health exchange and hopes the Senate will consider doing so. But it’s a first step, he says, and “at least … gets them some of the health care services they need.” Plus, every Vermonter insured through the exchange will be eligible for free preventative health care.

To Sterling, health care assistance shouldn’t be a zero-sum game in which one cost gets subsidized at the expense of another. “You need to make health care affordable on the front end, by keeping premium costs low, and then making it possible for people to see the doctor if they get sick, which means low out-of-pocket costs,” he says.

Enacted in 2006, Catamount was a compromise between a Democrat-led legislature that wanted Vermont to pursue a single-payer health care system and a Republican governor, Jim Douglas, who did not. Catamount didn’t entirely satisfy single-payer advocates like Sterling, but it did supplement a private health plan with taxpayer subsidies.

“It was a modest step,” Sterling says. “Catamount was never envisioned as a cure-all. It was envisioned as a step to give people who were really, really suffering access to affordable care.”

But the passage of Obamacare in 2010 set subsidy levels lower than those Vermont established on its own for Catamount and VHAP — effectively judging that low-income individuals could afford to pay more for health care than Vermont deemed possible in 2006. Kelly Stoddard, the director of government relations and advocacy for the American Cancer Society in Vermont, points out the irony: Obamacare is actually weaker than some of the state programs Vermont pioneered.

“If we’re not able to continue what we’re doing for individuals on VHAP or Catamount, [Obamacare] would be seen as a step backwards for Vermont,” says Stoddard. Raising out-of-pocket costs on the seriously ill “places undue economic burden on people who need insurance the most,” she says.

Sen. Tim Ashe (D/P-Chittenden), chair of the Senate Finance Committee, says lawmakers will be weighing the question of how much subscribers should pay as it considers the House-passed bill.

“I don’t think any of us want to make the biggest losers the sickest people,” says Ashe. “Before the Senate signs off on a subsidy package, we need to make sure that the people with the dumb luck to have cancer or some other chronic disease shouldn’t be the ones we sock with new costs.”

Sterling is a strong proponent of single-payer health care, which the Shumlin administration hopes to launch in 2017. But he’s worried that higher costs for health insurance in the meantime could undermine support for it. “This is going to be seen as government health care, and people will hate it,” says Sterling.

The funding plan proposed by Shumlin and passed by the House would reduce total state spending on Catamount and VHAP by $13.4 million in the fiscal year that starts July 1, according to figures from the legislature’s Joint Fiscal Office. The governor wants to take $10.6 million from those savings and use it to raise the rates paid to doctors and hospitals that accept Medicaid. Health providers have complained for years that Medicaid reimbursement rates are inadequate.

Sterling says he has “a real problem” with diverting health funding from patients to doctors. But Robin Lunge, Shumlin’s director of health care reform, argues that raising Medicaid reimbursement rates to doctors would lower health care costs for all Vermonters next year. When reimbursement rates are too low, she reasons, doctors shift their costs onto everyone else.

“It’s my job … to look at all Vermonters, and to look across the entire population to see ways where we can ensure affordability for everyone,” Lunge says.

Lunge also argues that while a small number of people will likely see costs increase on the health care exchange, it’s not fair to extrapolate that experience to most Vermonters. For most people, Lunge says, costs will go down. Even if out-of-pocket caps are raised, she points out that the majority of subscribers don’t hit those limits every year.

“The Affordable Care Act changes the health reform landscape,” says Lunge. “Keeping Catamount as it was isn’t an option.”

Lunge also says that Catamount, which she calls “very generous,” has an extremely low out-of-pocket limit compared to the private insurance market because the state plan hasn’t changed significantly since 2006.

To that, Sterling says: “The measuring stick for Catamount isn’t what private insurance is offering … It’s, ‘How much can somebody making $14 or $18 an hour afford to pay for health care without financial hardship or foregoing medical care?’”

Last week, members of the Senate Health and Welfare Committee voted unanimously to back the House’s premium subsidy recommendations. On Monday, they tentatively agreed to increase what the House allocated for cost-sharing assistance with an additional $5 million in subsidies. The committee was expected to vote on the proposal Tuesday.

As the legislative back-and-forth plays out in Montpelier, Catamount and VHAP subscribers and advocates — including Susan — are awaiting the results.

“I don’t live extravagantly,” says the single mom, noting she still feels a long way from financial security. “It’s kind of scary thinking about what happens next.”

Correction: In the original version of this story, we offered an example of one Vermonter whose health-care premium could go up between $13 and $60 a month when Obamacare kicks in on January 1. However, because child-support payments would not be included in overall income calculations under the new system, this person’s increased premium would only go up between $9 and $11 each month under the House’s proposed subsidy plan for the health-care exchange.