Not All Heroes Wear Capes: The 2022 Primary Election Voters' Guide 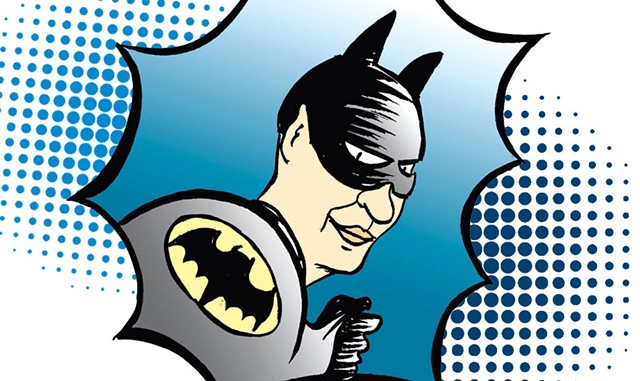 The cover of this week's Cartoon Issue of Seven Days features superheroes at a backyard barbecue. Seems like these characters are everywhere these days. So many movies revolve around them, from Doctor Strange in the Multiverse of Madness to Everything Everywhere All At Once to Thor: Love and Thunder, due out in July. Maybe Americans, beset by political divisions, rising gun violence and the climate crisis, are looking for someone to save them?

Another drama playing out on TV screens this summer offers an alternate answer. Public hearings of the Select Committee to Investigate the January 6th Attack on the United States Capitol were happening as this primary voters' guide took shape. Each featured a cast of conservative Republicans and liberal Democrats working together to expose an effort to undermine our democracy.

Powerful testimony has come from state and local officials who withstood intense pressure to overturn the results of the 2020 presidential election. Many witnesses spoke about threats and harassment they endured simply for doing their jobs. Spiderman's got nothing on Arizona House Speaker Rusty Bowers and Georgia Secretary of State Brad Raffensperger.

Numerous Vermont officeholders are stepping down this year, including Sen. Patrick Leahy — a well-known Batman fan. tweet this

Rather than waiting for heroes to save our democracy, we Vermonters can take action to preserve it ourselves by voting in the August 9 primary elections. It's a chance to choose the candidates who will represent the parties on the ballot in November.

This year's primaries are action-packed. Numerous Vermont officeholders are stepping down, including Sen. Patrick Leahy (D-Vt.) — a well-known Batman fan. Large numbers of state House and Senate candidates are retiring, too; all 180 legislative seats will be decided in the months ahead.

Lots of local politicians have taken note of this unusual opportunity and are auditioning for new roles — among them an abundance of female candidates hoping to become the first woman to represent Vermont in Washington, D.C. All of them are clamoring for voters' attention, knowing that, in some cases, the summer primary could be more competitive than the general election.

To help Vermont voters understand their options, Seven Days has compiled this Primary Voters' Guide, filled with info about voter registration and the effects of this year's redistricting process. We also sent candidates in each of the contested statewide races a series of questions. We've listed their responses side by side to help you make comparisons.

Cartoony depictions aside, these office holders grapple with serious issues on our behalf — with real consequences for us all. If you haven't started paying attention to these races already, it's time. Our democracy needs you to step up and take action.

P.S. — Want to help raise the next generation of democracy defenders? Help your kids take the Good Citizen Challenge.