Whom would you consult if you were trying to figure out how to make a compelling podcast for kids? Northfield couple Maren Langdon Spillane and Dominic Spillane went to the most knowledgeable source they could find — their own young children.

Last year, the couple, parents of 4-year-old Oliver and 7-year-old Gracelyn, founded Dirt Road Theater — a production company and theater education program. One of their creative endeavors is a podcast geared to kids 12 and under — Fairies and Dragons, Ponies and Knights, or FADPAK for short. It's an episodic adventure featuring Beatrice, a mother dragon of five, who enlists the help of knight-in-training Talora Shamsa to recover one of her eggs, which she believes was stolen by mean fairies and ponies. Dominic wrote and revised the tale last summer based on ideas and feedback from Oliver and Gracelyn.

"It's so tempting to make things cute and light" when creating entertainment geared to kids, said Maren. But FADPAK, the couple hope, is both a fun fantasy story and enjoyable entertainment for adult listeners. 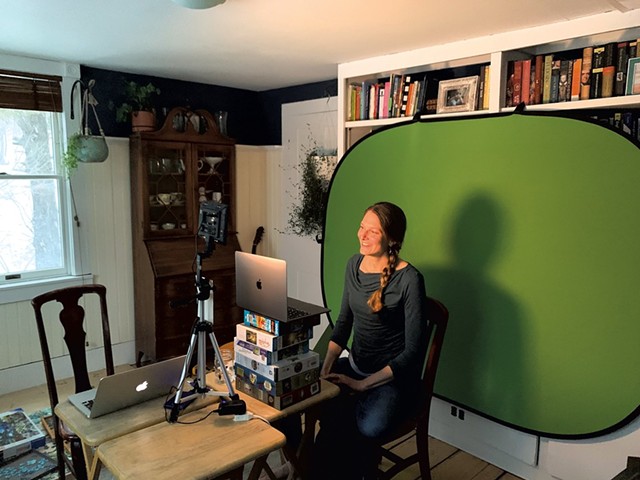 Since late February, the Spillanes have released a new installment of the podcast via Zoom every Sunday afternoon. Families join the virtual gatherings for a recommended minimum donation of $2 per person. At the start, Maren encourages listeners to grab art supplies and draw whatever comes to mind. Then she narrates the story, with Oliver and Gracelyn providing prerecorded sound effects, including dragon roars. The Spillanes also turn original illustrations by local artists into time-lapse videos that accompany each episode.

After each roughly 24-minute tale, the Spillanes invite participants to turn on their cameras and share the art they made while listening.

During the interactive Zoom session following the debut of episode two, one young listener displayed her drawing of Beatrice. Maren replied thoughtfully.

"Dragons are so interesting, aren't they, because there's no one right way to draw a dragon," she mused. "They can look however we want them to look."

The audio version of each episode is released the following Saturday through streaming sites including Apple Podcasts and Spotify.

The Spillanes are no strangers to drama. They were actors in New York City before moving back to Vermont — where Maren grew up — in 2014 to raise a family. After several years of teaching theater camps and classes around the state, they launched Dirt Road Theater with in-person theater classes in January 2020, just months before the pandemic hit. They quickly adapted, shifting to virtual classes and performances in the spring. Surprisingly, Dominic said, they found that taking their offerings online "turned out not to be just a second-rate replacement" for live performances. Instead, it made their work more accessible to a broader audience.

Avid fans of audiobooks and children's podcasts, such as sci-fi series The Alien Adventures of Finn Caspian and Little Stories for Tiny People, Dominic and Maren decided to dip their toes into that world this summer. By launching each episode via Zoom, they said, they're experimenting with the idea of monetizing their work via the internet, which is something that has historically been difficult for performers.

"Having the live shows kind of puts gas in our tank creatively," said Dominic, and ticket sales have the potential of generating revenue. "The idea that you could sell tickets to digital performances was unthinkable before the pandemic," he continued. But "now that the global community of live performers have ... moved to the internet, it's changing peoples' opinion about what is free and when you might buy a ticket." 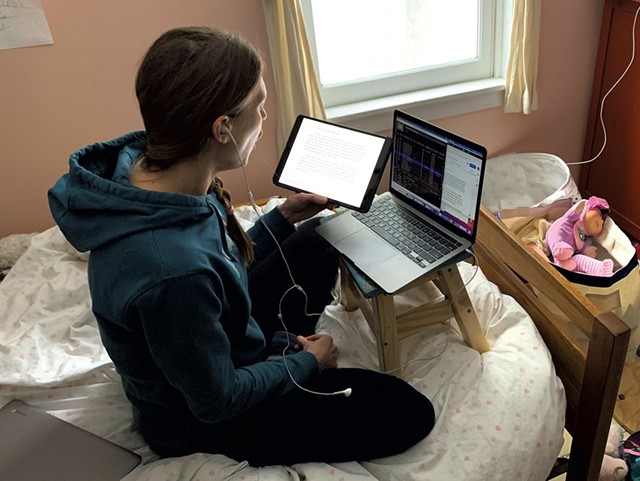 Cathy Stevens Pratt, an artist from North Fayston, created watercolor illustrations to accompany FADPAK episodes two and three. She met the Spillanes through a homeschooling group several years ago. Pratt's son, now 15, took part in a play that Dominic and Maren put on with a mixed-age cast of homeschoolers. Though her son had been involved in other plays in the past, she called his experience with the Spillanes "unique."

"Maren and Dominic are extraordinary," she said. "They really are open to the kids helping to write, the kids doing artwork, lighting ... If one of the kids wanted to do something, even though it would take longer or was harder, they nurtured that."

With 16 episodes of FADPAK already written, the Spillanes are hoping to expand on their fan base and the fantasy world they've created.

"Our family is invested in the story" and already thinking of ideas for season two of the podcast, said Dominic. "The shape might shift, but the story will continue."