Northern Stage Scores an Emmy-Winning Composer for the Bard 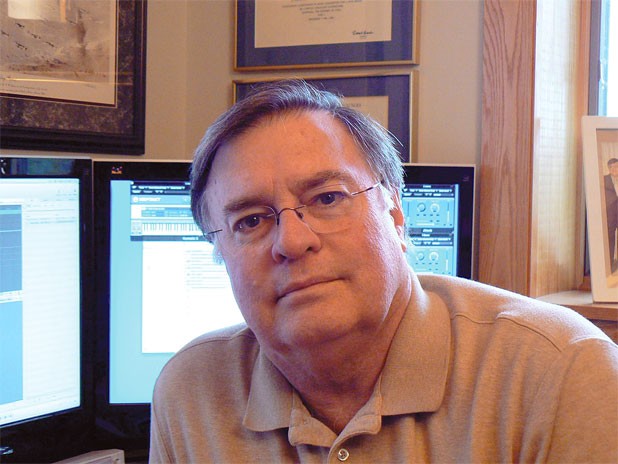 Sometimes an innovative project starts with Hey, I have a crazy idea... Using an email with that opening line, Northern Stage artistic director Brooke Ciardelli got Emmy Award-winning music editor Roy Prendergast to compose an original score for her theater company’s production of Hamlet, which opens this week in White River Junction. “Shakespeare purists will not cringe,” Ciardelli assures — she is not reinventing the drama about the brooding Dane as a kicky musical.

But Ciardelli is taking advantage of a remarkable stroke of serendipity. She connected with Prendergast, a recent Upper Valley transplant from L.A., when her husband met the music editor after a guest lecture at nearby Dartmouth College. The men happened to discuss Prendergast’s work on Kenneth Branagh’s films, including his 1996 version of Hamlet — the play Ciardelli was about to direct.

“That’s what happens in Vermont,” Ciardelli enthuses. “There are such resources right here in our own community.” Prendergast jumped at Ciardelli’s “crazy idea,” which gave him more opportunity to compose original music than he gets to in his day job. As a music editor for film and television, his primary functions are providing technical support to composers and helping directors assemble temporary soundtracks for preview-screening versions of movies.

Music does not accompany every line of text in Northern Stage’s Hamlet. “It’s woven very carefully in,” Ciardelli notes. “There are places where you absolutely only want the ‘music’ of Shakespeare.”

Prendergast describes the score as modern but not pop, with a “somewhat contemporary harmonic language.” The music functions as an “underscore, like you would find in a film,” he explains. In the theater, the audience hears tracks Prendergast composed and recorded on his computer, using orchestral samples.

Musical interludes not only support action, such as sword fights, but also uncover layers of emotion. “What I try to do [is] project something that isn’t obvious,” Prendergast says. “In other words, you might have anger in a scene. You don’t play the anger; you may play the pain behind the anger ... I try to play what’s implicit, not what’s explicit.”

Prendergast, who also worked on Branagh’s Much Ado About Nothing (1993) and John Madden’s Shakespeare in Love (1998), noticed an added benefit to marrying music to the Bard. “The scene suddenly became more understandable,” he reflects. “Because there is a lot of archaic language, it’s giving the audience the emotional tone of the scene. So you tend to listen to the words in a different frame of mind if the music is suggesting something to you. Whereas if you’re just listening to the words, you’re trying to decipher what the scene is about.”

Ciardelli admits that her actors initially resisted. “Wait: My beautiful text, the poetry of the language is gonna be invaded by this music. And music is so manipulative. Oh, no!” she recalls. Now, “they really feel like it lets them almost surf on the musical currents ... And [there’s] this utter thrill about how it enables them to gain momentum from what the music is doing.”