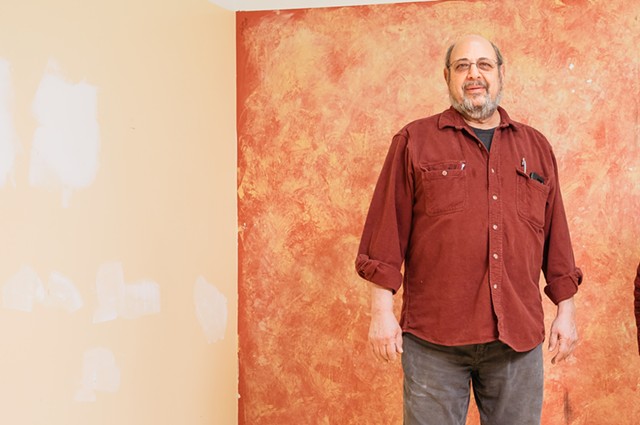 Ben Bergstein pleaded guilty to a felony charge of lewd and lascivious conduct in a plea deal that allows the former North End Studios president to avoid jail time.

Bergstein, 78, was sentenced to a suspended prison term and six years of probation following allegations that he sexually assaulted a family friend in February 2021. A judge could send Bergstein to prison for up to five years if he violates the terms of his probation.

Bergstein’s sentencing was held on July 15, but it hasn’t been previously reported.

Chittenden County State’s Attorney Sarah George initially charged him with sexual assault and later amended the charge to lewd and lascivious conduct, a vaguely defined offense that, unlike sexual assault, carries no minimum prison sentence. Bergstein was ordered to register as a sex offender, court records indicate, but a conviction for the offense does not meet the criteria for inclusion on Vermont’s public Sex Offender Registry, and he’s not on it.

George said her office reached the plea agreement with support from the woman whom Bergstein admitted in court to victimizing. “Ultimately, this was a victim-centered prosecution,” she said on Tuesday, “and we would not have agreed to it without her support.”

Its Credibility Gone, Vermont Performing Arts League to Dissolve, Board Says
By Colin Flanders
Off Message
The woman reported her encounter with Bergstein to Burlington police in the spring of 2021, shortly after VTDigger.org published an investigation detailing eight other women’s accounts of alleged predatory behavior by Bergstein over many years, including forcible kissing, sexual harassment and groping. Criminal investigators in 2016 had taken a report of another alleged sexual assault by Bergstein from a different young woman, but charges were never filed, VTDigger reported.


Bergstein started the Vermont Performing Arts League in the 1970s and later opened North End Studios, which functioned as an important rehearsal space for artists in the Burlington area. His influential nonprofit dissolved in the wake of VTDigger's reporting.

The woman in the case that led to his arrest told police that she’d visited Bergstein and his wife as a family friend for an evening of caviar and drinks. After Bergstein’s wife went to bed, she either fell asleep or blacked out on a couch, then awoke to Bergstein assaulting her.

When Burlington police interviewed Bergstein about her allegations, he claimed the woman “seemed to like” it, even though he acknowledged that she never touched him back. He also told police in reference to VTDigger’s story that he’d been swept up unfairly by “cancel culture.”


George said the state's plea bargain with Bergstein was contingent on the findings of a psychosexual evaluation and a presentence investigation. If those expert reports had concluded that community treatment and supervision were not appropriate, the state could have withdrawn from the plea deal and taken the case to trial.

Following the evaluation, the Vermont Department of Corrections and the State’s Attorney’s Office asked the judge during Bergstein’s July sentencing hearing to impose a requirement that Bergstein inform close associates of his sex offender status. Noting Bergstein’s history of misconduct allegations, Deputy State’s Attorney Susan Hardin said his statements about how he’d acted on assumptions about what women wanted were troublesome. They amounted to a form of victim-blaming, she said, according to a recording of the hearing. Bergstein’s associates “should know that he can’t read the room, obviously,” Hardin said.

But Judge John Pacht declined to impose the additional requirement, saying it was unnecessary given the other agreed-upon probation restrictions, including that Bergstein not work or volunteer with organizations that cater to children and undergo sex offender treatment.

“I didn’t quite read what he said as blaming the victim,” the judge added.

In a statement in open court, Bergstein said the charge had “blindsided” him.

“I get it. I wasn’t paying attention,” he said. “This is a really hard lesson and learning experience for me.”

“It’s also clear that this was something you really need to reflect on in a deep way,” the judge said.

Reached on Tuesday, Bergstein, who still lives in Burlington, said he continues to believe that he has been unfairly caught up in “cancel culture.”

“There was a group of women who came after me and basically caused this to shut down our business," he said. As for his criminal conviction, Bergstein said he pleaded guilty because “it was part of the plea bargain.”

Asked whether he believed he’d done anything wrong, Bergstein told Seven Days that he considered the encounter “ambiguous” with regard to consent. “It was an error in judgment on my part,” he said.


George said on Tuesday that Bergstein’s comments were “concerning.” “If he violates his probation, he’s facing the entire underlying sentence in jail, so that frame of mind is not going to bode well for him in the future,” she said.


News of Bergstein’s sentencing brought little solace to Mellisa Cain, one of the women who reported allegations of sexual misconduct to VTDigger last year. In an interview on Tuesday, Cain said Bergstein’s comments about “cancel culture” show that he hasn’t acknowledged his misconduct. “We’re talking about decades of harm,” she said. “He is not a victim.”


Cain, who said she lives down the street from Bergstein, worries that the terms of his sentence aren't enough to protect other women.

"He has gotten away with it," she said. "Where is the community outrage?"