In the Morrisville storefront that housed Thompson's Flour Shop for two decades, a new bakery is rising. Thompson's moved across the road to 7 Main Street last summer. When its owners announced the move in early 2018, North Country Cakes owner Nicole Maddox jumped at the opportunity to move her home-based bakery to 73 Lower Main Street.

"I immediately called the landlord," Maddox told Seven Days earlier this week. After spending most of a year renovating the place, she's now gearing up to open in February — just in time for Valentine's Day. 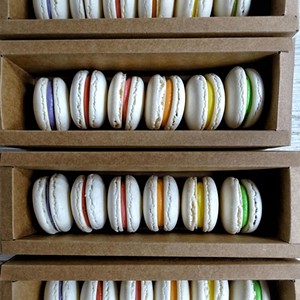 Maddox said North Country Cakes will offer a daily-changing array of "approachable Americana desserts" and breakfast pastries such as doughnuts (cake, yeasted, filled and otherwise), macarons, cupcakes, and cookies. Beverages will include drip coffee and summer lemonade, but those seeking lattes and other full-service espresso drinks will need to hit up next-door Black Cap Coffee & Beer.

Maddox has worked as a pastry chef at Waterworks Food + Drink, Michael's on the Hill and Lake Champlain Chocolates' now-defunct South End Kitchen. She spent the past three years making wedding cakes and other catered-events confections. While she'll continue to produce elaborate custom sweets from her village bakeshop, she said, she's excited to serve simple treats to everyday people.

"I love making things for the general public," Maddox said, adding that she's energized by the downtown location: "Morrisville's a really happening place these days. So it's fun to be a part of that growth."