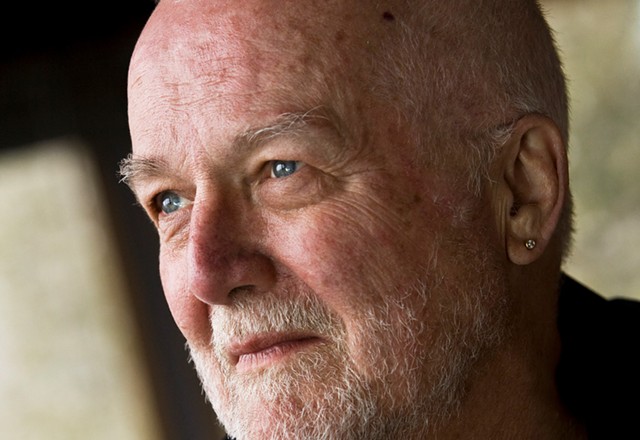 In one respect, the coronavirus pandemic — freighted with a monk-like mantra of distancing and isolation — has been a boon to upstate New York author Russell Banks. Foregone, his 19th work of fiction, is out this month. Denied his usually busy travel routine, Banks completed another book — having researched the topic in pre-pandemic times — and is working on a long-form story about the cult of Trumpism.

"This is the fastest I've ever been able to work," he told Seven Days in a recent phone interview. "The pandemic forced me to turn to my writing because there wasn't anything else I could do to give my life structure."

Though Banks is not a brand like John Grisham or James Patterson, his book titles do trigger wide recognition. Affliction and The Sweet Hereafter were made into well-reviewed films. Continental Drift and Cloudsplitter were finalists for the Pulitzer Prize for fiction. His characters are hardscrabble, their emotions exposed like nerve endings, his narratives often speckled with struggle and violence.

The Sweet Hereafter turns on a horrific accident involving a school bus. Many of his readers have paid tribute in what might seem macabre fashion.

"They sent me little toy school buses," Banks said. "I got them from West Africa, Central America and Asia. I've got, like, 50 of them on shelves in my studio in Keene ... and every now and then a mouse will knock one off. Just the other night I said, 'I hope "Antiques Road Show" comes to this area.'"

Banks chuckled heartily. A robust man of 81, he is shaped by the region's brooding winters. He rose from a fractured family and what he termed "near poverty" to become a bard of the North Country.

"We always have a nest of reasons for our actions." Russell Banks tweet this

From May to November, Banks and his fourth wife, the poet Chase Twichell, live in the town of Keene, a pretty hamlet in the Adirondacks 14 miles from Lake Placid. Every morning after breakfast, Banks walks from his home on a shoulder of Hurricane Mountain to a renovated sugarhouse nearby and goes to work "as if I had a real job," he said. When winter makes this workspace uninhabitable, Banks moves to a house he owns in Saratoga Springs, where restaurants and a bookstore are available, if not currently open.

"I live a kind of bipolar life," he explained, drawing energy from what he calls the "extreme Northeast" and his dead-of-winter retreat and from sun-soaked Miami Beach. "Those two places still resonate for me," Banks said. "I get off the plane in Miami and inhale and start to vibrate all over again — the way I did when I was 18 years old and ran off and ended up there."

In 1958, six weeks after he began a scholarship-funded matriculation at Colgate University, Banks dropped out. He intended to join Fidel Castro's insurgent army in Cuba but ended up working in a department store in Lakeland, Fla. There he married for the first time and had a daughter.

Foregone is rooted in Banks' long fascination with the tens of thousands of draft-age Americans who fled to Canada to avoid participation in the Vietnam War. His father and three grandparents were born in Canada. Was migration only moving to somewhere, or was it also abandonment, leaving something behind?

Banks began working with this concept five years ago but said he was stymied until some close friends died and his own mortality became less abstract. In the novel, he envisions a man near life's end recounting his own migration to Canada and his motives for doing so. But his telling is seemingly distorted by illness, medication and what Banks described during the interview as "the feeble ability of memory to provide us with the truth." 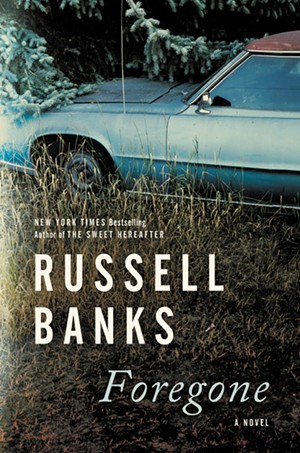 Documentary filmmaker Leonard Fife, riddled with cancer, has agreed to a "60 Minutes"-type interview about his storied career, to be filmed by a former acolyte. Fife treats the session as a confessional but does not follow his public script; the reader is presented with a life as reflected in a fun-house mirror. Even Fife's wife, Emma, whom he insists be present for the filming, is rattled. Fife is not trying to set the record straight, writes Banks, "he's trying to come to life, like a Pinocchio" who fits his public persona.

"What's important," Banks said, "is that [Fife] believes this is the true narrative of his life," and it hardly matters whether anyone else does. What is driving this "confabulation," as Banks put it? "We don't do things for one reason," he responded. "We always have a nest of reasons for our actions."

So what does it mean when Fife's life mimics part of Banks' biography — in particular, an aborted planned trip to Cuba and his serial matrimony?

"It's inevitable that I would start tapping and drawing on my own experiences," he said, "but then you end up distorting and altering and ignoring and erasing huge chunks of what would otherwise be self-portraiture."

The author is mindful of how the ferment of Vietnam-era 1960s and early '70s presaged the current turmoil and division in America. In 1964, Banks returned to college, this time at the University of North Carolina, and became active in the civil rights and anti-war movements. He lived through a war that divided friends and families, making the dinner table a verbal battleground.

As time passed, he said, the bitterness "diminished and dissipated and was not as strong again — until the last four years."

Now Banks, a writer who has mined the Adirondack region more deeply than anyone, finds himself a stranger in a strange land. "You go into certain bars and restaurants in the North Country — which is, by and large, Trump territory — without a MAGA hat on and you get into certain conversations and, before you know it, you're in deep water," he said. "And you feel like there's an antagonism that's visceral coming toward you."

In addition, Banks argued, the racial undertone is even more pronounced than it was during the Vietnam War years.

Still, through the curtain of rage that hung over the '60s, one could see the opportunity for change, said Banks. He's less optimistic now, due to the concentration of economic and political power in a small nonrepresentative group. That wasn't the case 50 years ago.

"And then there is the destruction of the news media," Banks continued, citing Trump's synergistic use of falsehoods, hyperbole and alternative reality to invalidate mainstream newspapers and broadcast news.

By Banks' reckoning, this bizarro world has convinced otherwise intelligent and reasonable people to support politicians that are antagonistic to their own interests. "That," he said, "is something that is worth trying to understand."

Banks has always been a student of the soul, and with Foregone he plumbs the essence of a man trying to rearrange his memories to fit his own myth. Nearing the end of this grand "confabulation," Fife struggles for absolution and, in his mind, grasps at a valedictory note and tries to say, "Forgive me." What is heard, however, is "foregone."

For Fife, it's humiliating enough as it is, earning a doctorate in literature and working as a part-time adjunct professor and writing unpublished, maybe unpublishable, novels, stories, and poems in the air-conditioned comfort of an apartment—and soon, a house—paid for by his wife's trust fund. If he accepts Benjamin and Jackson Chapman's offer to stay here in Richmond and take over his in-laws' family business, whether he is good at it or not—though he is sure that if Benjamin and Jackson Chapman, who are neither clever nor industrious, can handle the job, he can handle it, too—in a few years he and Alicia and their children will be living in a big brick colonial Carillon Park mansion that overlooks the James River, and he will join the Country Club of Virginia, the Chamber of Commerce, the board of the Virginia Museum of Fine Arts, and one night after a half dozen bourbons and branch he will go into the library and lock the door and put a bullet in his brain.

The original print version of this article was headlined "Migration Myths | North Country author Russell Banks on his latest work of fiction, Foregone"