More Coverage in this Series

Wanna do your own research?
We built a database of the people and finances behind Vermont nonprofits.
Check it out here »

Got a story about Vermont's nonprofit economy?
Share a tip with our team »

Get alerts when we publish about Vermont nonprofits. 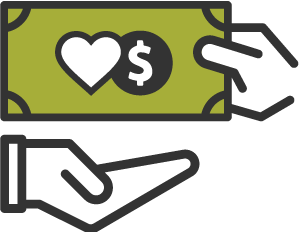 Vermont has eight times as many nonprofits as it has dairy farms — and unlike the milk industry, the state’s charitable sector just keeps growing.

Vermont’s 6,044 nonprofits reported $6.8 billion in revenue and $13.2 billion in assets in their latest Internal Revenue Service filings. The federal Bureau of Labor Statistics estimates that nearly 18 percent of the state’s workers are employed by 501c3s.

Though they’re undergirded by generous tax breaks and government expenditures, these organizations rarely make the news — save for the occasional embezzlement scandal or multimillion-dollar donation.

In its “Give and Take” series, Seven Days is examining the state’s nonprofit ecosystem, from tiny local charities to one of the biggest enterprises in the state: the $1.29 billion University of Vermont Medical Center. Yep, it’s a nonprofit.

What do these mostly tax-exempt organizations have in common? What does their proliferation mean for Vermont?

To find out, Seven Days digital editor Andrea Suozzo built a database so our news team could analyze revenues reported by the 6,044 federally recognized nonprofit organizations that were based in Vermont as of May. The reporters looked closest at 1,873 that now submit detailed Form 990 tax filings in a digital format. Then they started making phone calls.

Seven Days is sharing those findings over the course of several weeks during the summer of 2018. Look for multiple stories in each issue and find all the articles in the “Give and Take” series on this page. You can also suggest a story here or just leave us a voicemail at 802-488-5074. 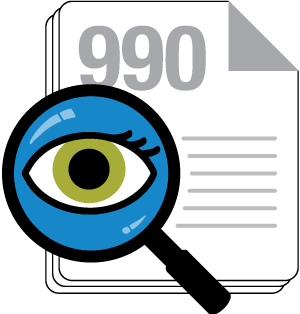 Seven Days’ "Give and Take" series analyzes Internal Revenue Service data submitted by the 6,044 federally recognized nonprofit organizations based in Vermont. The paper looked most closely at the 1,873 organizations that submit detailed Form 990 tax filings in a digital format. Certain nonprofits — including churches, semi-governmental entities and those with annual revenue of $50,000 or less — offer up more limited information. Though these filings provide a thorough look into an organization’s finances, they’re not always error free.