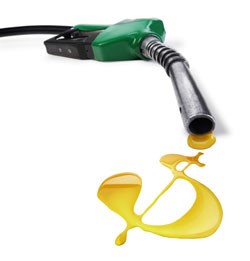 Marx believed that the edifice of capitalism was built upon misery, and misery would bring the edifice down. To increase productivity and profit, he reasoned, bosses assembled workers in factories. Once there, though, the workers would soon notice that they were all similarly miserable — and that they outnumbered the bosses. The workers would organize and overthrow the bosses. Capital created its own revolutionary proletariat, Marx concluded: The system contained “the seeds of its own destruction.”

What old Karl did not predict was capital’s ability to pay workers enough to buy SUVs and flat-screen TVs — to emulate, albeit in knock-off form, the lives of the bosses. He didn’t predict that economic growth in the richest nations would come to depend not on the production of those cars and TVs, but on their consumption.

It didn’t occur to Marx that capitalism would prosper not on misery but on pleasure, and on the faith in future happiness secured by wages sufficient to buy more cars, more televisions, and more pleasure — consumer “confidence.”

He didn’t imagine that this edifice built not of steel but of gossamer — of optimism — would tremble only when that optimism started to evaporate.

But that’s what is happening now. Pushed by the expectation of misery — by mounting layoffs, stagnant wages and the spreading mortgage crisis — “consumer sentiment” plummeted in April to its lowest level since 1993. Shoppers aren’t shopping. Homeowners who still have mortgages are staying put, forgoing the kitchen renovations and in-ground swimming pools.

Meanwhile, with each bit of marginally good news — a stock price rise for Freddie Mac, a not-too-terrible inflation report from the government — Wall Street and its business-page boosters shout optimism from the rooftops, as if to convince themselves, and the rest of us, that it’s time to get out there and rally.

“The vast bulk of the housing contraction is behind us,” declared a keynote speaker at the National Association of Home Builders in February, forecasting “more vigorous economic growth following tax rebates by mid-year that will set up a recovery beginning in 2009.”

“Despite a drumbeat of bad economic news, the stock market is up — almost 11 percent in the last few weeks,” read the International Herald Tribune the first week of May. The article noted that, just as “bankers and investors appear ready to look past the crisis to more profitable times . . . consumers find themselves in a more precarious position as the job market weakens and banks make it harder to borrow money.” That’s an ominous bit of reality for Wall Street, which knows that if consumers don’t rally, investors won’t do so for long, either.

The traders resemble a family gathered around Grandma’s death-bed, smiling brightly each time she opens her eyes. But the more the family grins, the surer Grandma gets that her prospects are grim. In fact, she realizes they are counting on her to cheer them up.

We’re all Grandma. While the pink slips flutter around us, we’re exhorted to remain confident. While our credit card balances balloon and our mortgage payments come due, we’re coaxed to borrow more. It’s an impossible proposition, both practically and emotionally: Save the economy (and thus ourselves) by destroying ourselves.

Maybe it’s this topsy-turvy emotional atmosphere, but I’ve got a perverse secret to confess: I’m kind of looking forward to the recession.

I’ve got no illusions. It isn’t going to be pretty, as the lines at the food pantries grow. As we slide down the other side of Peak Oil, things will probably get worse before they get better. Before we descend into Road Warrior-esque battle, we’ll feel our furnaces go cold. Before that, our little luxuries will vanish. I’m already starting to miss pineapples.

On the other hand, downturns have their upsides.

The gas crisis of the 1970s launched a movement of organic gardeners and appropriate-technology tinkerers. Today, what no amount of doomsaying from Al Gore or cajoling from Bill McKibben could accomplish, the $80 gas pump tab is getting done. Last month, for the first time ever, one in five vehicles sold in the U.S. was a compact or subcompact car — compared with one in eight 10 years ago, when the SUV was king. What the American Heart Association and an army of health columnists could not change, the $2 bag of corn chips is changing. The Portland, Oregon, Press Herald quotes a woman who is reducing her grocery bills by cutting back on snack foods for herself and her son. Though she “wouldn’t normally call herself a penny-pincher,” she says, “the real thrifty people must be having coronaries right now.” Or not. Another woman photographed for the article allows that she’s saving gas money by walking to the supermarket. Her picture indicates that she can use the exercise.

OK, so America is getting greener and fitter in spite of itself. But can we be happy in a recession?

I can only say I have been.

I lived in New York in the 1970s, when the city was teetering near bankruptcy. The place was weedy, seedy, wild, raunchy, cheap, creative and, in many ways, far easier to live in than its current corporatized, manicured, hyper-policed incarnation. Back then, the landlord might have neglected to send up the heat now and then. But he wasn’t trying to force you out to make room for the next sports-stadium-cum-luxury-condominium mega-development.

Friends who grew up in Vermont or moved here in the 1960s or ’70s admit to similar feelings. Back then, good jobs in the state were few. Land was literally dirt-cheap; 25 years ago, my partner bought his house and 40 acres in Hardwick for $36,000. Vermont was poor. But a limited number of decent-paying jobs and low property values also kept communities stable. Generation after generation could buy homes and take up their fathers’ and mothers’ trades, plant a garden, volunteer at church, and drop the kids off after school at Grandma’s a few houses away. Nobody was renovating the farmhouse down the road, then demanding that the farmer next door clean up that smelly manure.

I don’t want to rewrite history all fuzzy and nostalgic. In the 1970s in New York, I got mugged — several times. The subways stalled and the garbage piled up on Sundays. In Vermont, economic scarcity sent more people migrating out of the state than into it, from the 1850s through the 1960s. If the home-price climb relents now, as it’s showing signs of doing, younger families and lower-income folks may no longer be squeezed out of the housing market — and those wanting to sell, retire, and move will be squeezed in.

All I’m just saying is, there are more ways to gauge economic health than the single measure we’ve got — growth — and other ways to feel about it than “bigger is better and smaller is scary.”

For instance, there’s the “security” of expecting ever-rising wages and ever-multiplying home values. And there’s the security of knowing you and your friends can stay in your community because prices will remain more or less the same. There’s consumer confidence, the feeling that you’ll be able to keep buying stuff forever. And then there’s what I’d call “non-consumer confidence” — knowing you can live happily working less, earning less, and buying less.

As for optimism, we can start from scratch on that, since America’s supply is virtually depleted. A Washington Post /ABC News poll last week found that eight in 10 Americans believe the nation is headed in the wrong direction. In last month’s similar CBS poll, only one in five said the economy was in good shape.

Marx, and the Marxists I grew up with, would look at these figures, see misery — and incipient revolution — and cheer as loudly as stock traders at the end of a record day for the Dow. It’s true that pain, or at least caution, is motivating the new small-car-driving, snack-food-limiting, walking, non-renovating American. And that’s a bummer for the growth economy. In this way, consumer capitalism, the capitalism of confidence, contains the seeds of its own destruction.

But unless the recession goes on endlessly — which no one wants it to — people are going to need more than misery and fear to stick with their Civics and keep off the Fritos. And just as Wall Street can’t persuade the realistically glum to act as if everything is hunky-dory, it is hard to convince those who feel their lives are shrinking that they’re actually living as large as before — just differently.

In the long run, pleasure is a better motivator than pain.

But if the economy is going to depend on the populace feeling good, it needs to give us something better than cars and TVs to feel good about. I’d start with sustainability, which would also reduce a lot of anxiety.

Meanwhile, by miring dreams of building and buying in melted-down credit and $125-a-barrel oil, the recession forces us to take time out, and gives us time to experience some different kinds of happiness, and new reasons for optimism.

It’s already working for me. Each proposed monster ski resort or McMansion village that bites the dust makes me feel a little bit better.