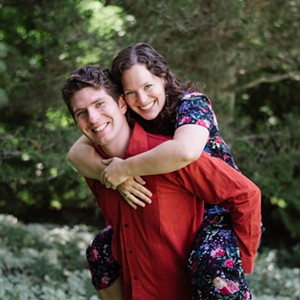 Dan Cox and Casey Blanchard of Shelburne are pleased to announce the recent marriage of their daughter, Julia Luckett Cox, to Nicholas Pierce, son of Bridget Pierce and the late Donald Pierce of Hoosick Falls, N.Y., on June 22, 2019.

A native Vermonter, Julia is a professional photographer, specializing in weddings. She is a graduate of Skidmore College and the Vermont Commons School. Nicholas is a librarian at the University of Vermont Dana Medical Library. Like Julia, he is also a graduate of Skidmore College, and he earned a master’s degree at the State University of New York at Albany in information science. Julia and Nicholas plan to reside in Burlington this fall with their beloved dog, Zhivago.