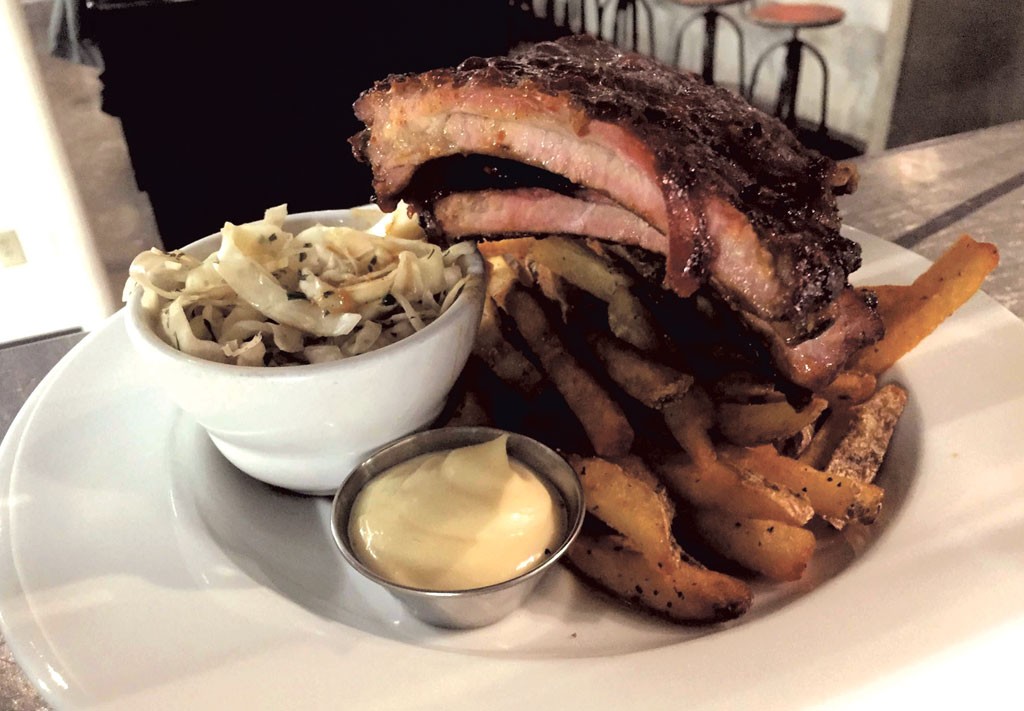 The restaurant is the cornerstone of the Tasting Center, which Leger conceived two years ago, with ample local support, to showcase the best of Vermont's native food products. Her cidery is housed on the basement floor.

The Ciderhouse is less formal than the original bistro — black paper napkins have replaced white linen — and the space reflects a lighthearted approach, with a more pub-like vibe. The change also brought back original Brown Dog chef Bill Small, whose menu features house-smoked meats such as barbecue-glazed baby back ribs, all sourced locally.

Much of what's on the menu is available for sale in the adjacent shop. "We're really trying to leverage everything we have in the Tasting Center," Leger says.

Other bites include Spring Hill Farm beefalo burgers — topped with local bacon, blue cheese from the Cellars at Jasper Hill and piccalilli; or apple chutney, bacon and cheddar. Sandwiches come stuffed with pulled pork or house-roasted beef on breads from the Tasting Center's Jocelyn & Cinta's Bake Shop. The Ciderhouse is also open for brunch.

The original print version of this article was headlined "Ciderhouse Rules"