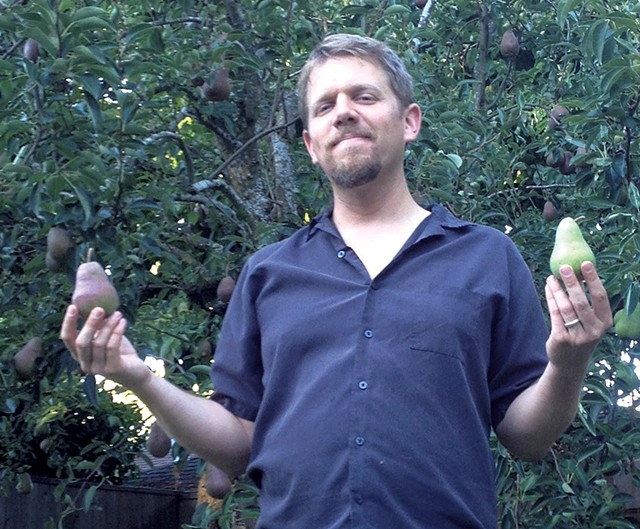 Bob Hatton has joined Salvation Farms, a nonprofit based in Morrisville that collects and distributes surplus farm crops, as the organization's Vermont commodity operations manager.

Hatton, 37, started last week at the facility in Winooski, where crops are washed, processed and packed for distribution to food banks and other sites in Vermont and beyond. In addition to managing the crop operation, he'll run a job-training program for people who experience "barriers to employment," he said.

Hatton moved to Burlington from Portland, Ore., where he worked at a nonprofit called Portland Fruit Tree Project. The organization relied on volunteers to harvest fruit from trees — 55,000 pounds of it last year. Roughly half the harvest was donated to local food pantries, and the volunteer fruit pickers kept the other half, Hatton said.

Salvation Farms is a good fit given his interest in food security and minimizing food waste, he continued. "When there's all this wasted-food resource, there's such an opportunity to take that and get it to folks who can use it and reduce inefficiencies in our food system," Hatton said. "I was attracted to Salvation Farms and how they were coming up with creative solutions to filling the gaps in the local food system."

Founded in 2005, Salvation Farms handled 170,000 pounds of fall and winter storage crops from September 2016 to May 2017, according to executive director Theresa Snow. She expects the volume to increase as more Vermont farmers become aware of the program, and as its processing and distribution systems become more sophisticated and efficient, she said.

The original print version of this article was headlined "Crop Surplus"