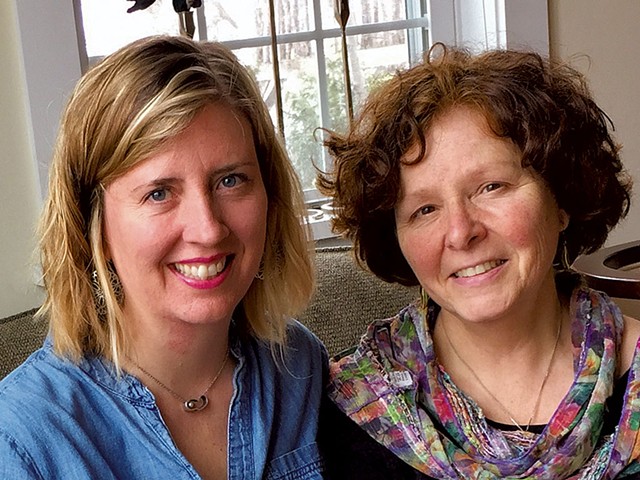 New developments in Vermont's classical music scene are always cropping up, but three recent ones merit particular mention for the long-term enrichment they promise. Two are new concert series: Artemis Concert Series in the Northeast Kingdom and the Spruce Peak Chamber Music Society in Stowe. The third is the weekend-long Middlebury Song Fest, which its organizers plan to present annually.

Artemis is the brainchild of violinists JoAnna Farrer, 35, and Darryl Kubian, 52. The couple play in the New Jersey Symphony Orchestra and live part time in a home they bought in Brownington in 2014. Their real estate agent and now friend, Cindy Sanville of Irasburg, suggested they invite their musician friends to play in Vermont. Thus was born Artemis, which will debut on Friday, April 27, with Celtic musicians Natalie Haas of Boston and Yann Falquet of Montréal, in a concert sponsored by Sanville.

The venue is the Irasburg Town Hall, 15 miles north of Craftsbury, birthplace of the 53-year-old summertime classical series Craftsbury Chamber Players. (Despite the name, its concerts now take place in Colchester and Hardwick.) Farrer says she knew about CCP through its music director, cellist Frances Rowell, who also plays in the New Jersey Symphony. With Artemis, she continues, "We wanted to do something a little different" by including folk music.

Farrer and Kubian have wide-ranging musical interests and abilities. She earned her bachelor's and master's degrees at the Juilliard School and has studied and performed with renowned violinists such as Itzhak Perlman, in addition to playing Scottish fiddle music. He is a violinist, composer and theremin player with jazz as well as classical experience, who has performed with opera crossover singer Renée Fleming and recorded with Philip Glass. 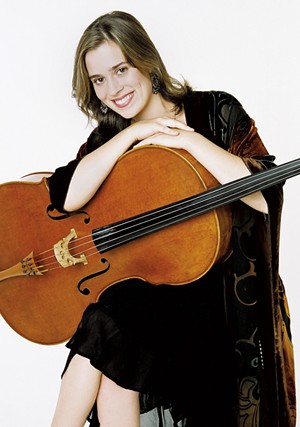 The two hope to present three or four concerts per year, including an old-time Appalachian band in the fall and, at some point, a classical chamber piece for theremin that Kubian composed.

Perlman also influenced cellist Jia Kim, 29, who will be artistic director of the new Spruce Peak Chamber Music Society. Like Farrer, Kim holds bachelor's and master's degrees from Juilliard and studied in the Perlman Music Program when a branch existed in Stowe. Based in New York City, Kim curates a chamber concert series there and performs around the world. In 2017, she was one of eight artists to win a prestigious career grant from the Leonore Annenberg Fellowship Fund for the Performing and Visual Arts.

This weekend, the trio will regale up to 100 audience members seated onstage with works by Wolfgang Amadeus Mozart, Johannes Brahms and Franz Schubert. Then Kim will talk up the benefits of society membership, the cornerstone of the series' funding.

Hope Sullivan, Spruce Peak's new executive director as of last September, helped launch the society. Her inspiration, she says, was a small but ardent group of classical fans who approached her after one of the first concerts on her watch. Sullivan formed an initial advisory board with two women experienced in organizing classical music in Stowe: Sydney Stark, who helped bring the Perlman Music Program to town; and Jill Witten of the Music Festival of the Americas, which ended in 2012.

The society's education component will serve the crucial goal of developing the next-generation audience for classical music. After four concerts for the public, January through April, the society will hold a May concert for the students the program reached and their families. Sullivan says she hopes to fill all of the venue's 400 seats. 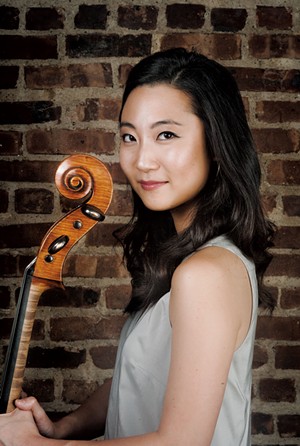 Meanwhile, in Addison County, Bristol pianist Cynthia Huard was game when her neighbor, soprano Ali Dawson Gibson, suggested starting a song festival. "Ali said, 'Wouldn't it be great to share our passion for art song?' and I said, 'I'm on board,'" recalls Huard.

Gibson and Huard are artistic directors of the new Middlebury Song Fest, which they cofounded with Boston-based pianist Peter Cirka and baritone Andy Binns. Gibson has a master's degree in opera performance from the University of North Carolina School of the Arts and has primarily taught voice since moving to Vermont in 2012. Huard is an affiliate artist at Middlebury College, artistic director of the Rochester Chamber Music Society, and a member of the all-female woodwind and piano chamber group Heliand Consort.

Both women teach at the Middlebury Community Music Center; the festival will take place there and at the Champlain Valley Unitarian Universalist Society.

For its first year, the fest will feature only songs in English and explore how words and music inform each other. Evening concerts on Friday and Saturday, May 18 and 19, will include appearances by Brandon-based tenor Joshua Collier, a specialist in Benjamin Britten; and Burlington soprano Sarah Cullins performing Samuel Barber's setting of passages from James Joyce's Finnegans Wake, among other songs.

Saturday will also feature an afternoon master class led by Gibson and mezzo-soprano Dawn Pierce, director of the Young Artists Program at the Opera Company of Middlebury, followed by a developing-artist concert in which Middlebury College senior Annie Beliveau will sing her own composition.

Art song in general "doesn't have a way to get out there very often," says Gibson. "[The fest] is a chance to hear this incredible, reflective music."