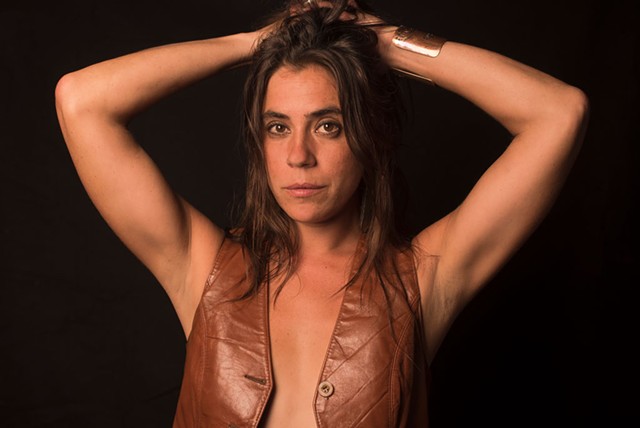 Howdy, folks! I'm stoked to announce a big change to Seven Days' music section. Although it may not seem like such a huge deal at first, I'm hoping it will help readers more easily find the music and nightlife events they're looking for.

Flip over to page 68, and you'll see our newly revamped club dates. Formerly, these were divided by day of the week and then, within each date, by region, such as Vergennes/Middlebury, Stowe/Smuggs, Burlington, etc. This method has pros and cons, which I'll get into shortly.

You'll see that we've switched to a more streamlined approach featuring five main categories: Comedy; DJs; Karaoke, Trivia, Etc.; Live Music; and Open Mics & Jams. Each category is then broken up by date. We've dispensed with the regions, but each entry notes the town in which the event takes place.

As I said, we decided to make this change to help people zero in on exactly what they're looking for quickly and efficiently. With more and more venues offering live music, standup comedy showcases, dance parties, blues jams, literary readings and trivia, the club listings were becoming a bit of a jumble.

For instance, if you're the type of person who only wants to see comedy, picking through the fine print line by line for standup, improv and the like could be time-consuming and frustrating. Or, say all you and your crew want to do is dance. It could take a few minutes to parse out when and where the dance parties are. Plus, some DJs don't include "DJ" in their DJ names. Now, they appear under a clearly marked section that reads "DJs."

You'll note that we've lumped open mics and jams together. Indeed, one could argue that these are live-music events. But such happenings have a participatory quality, so we thought they should stand on their own.

Most of the time, you won't see much else in the Karaoke, Trivia, Etc. category besides karaoke and trivia. But anything that can't fit into the other sections will land here.

The biggest con to changing things up is that we lose the regional organization. The bulk of music and nightlife listings are for events around Chittenden County, so folks who dwell in that part of Vermont may not feel anything amiss. But if you live elsewhere, such as the Northeast Kingdom, it's possible that you primarily looked at the events in your own neck of the woods before seeking entertainment farther from home. Anyone who approached the section that way may now have a slightly harder time finding those events. If so, I apologize.

But I believe that most people know exactly what they want to do with their free time (e.g., see live music, jump onstage at an open mic, dance until you can't feel feelings anymore, etc.) and will benefit from the new categories. We're still working on how we'll structure the listings on our website, but we'll resolve that soon.

Oh, one more thing: If you're a talent booker who sends me entertainment listings, you don't need to change anything about the way you've been doing it!

Like what you see? Feeling annoyed with the change? Feel free to send feedback my way regarding the new format.

I hope you had a chance to read about — and listen to — Miriam Bernardo's long-awaited debut album, Songs From the Well. As I stated in last week's cover story about the artist and her new record, it's the biggest Vermont album of the year, at least in terms of how many people contributed to it and how many hours it took to produce. Plus, it's goddamn awesome.

This Friday, October 11, for one night only, Bernardo and co. perform Songs From the Well live at the Double E Performance Center's T-Rex Theater at the Essex Experience in Essex Junction. You don't want to sleep on this show.

In case you didn't read the story: The album is the brainchild of first-time producer Peg Tassey and Bernardo, who asked their favorite Vermont songwriters to either pen a new tune for the record or offer a song from their catalogs for the pair to reimagine. Contributing songwriters include Patti Casey, Michael Chorney, Brian Clark, Seth Eames, James Harvey, Mark LeGrand, Colin McCaffrey, Anaïs Mitchell and Tassey. A heap of local musicians brought it to life, many of whom will partake in Friday's performance.

The evening starts with what Tassey refers to as the Song Authors' Set, in which several of the album's writers will play a few tunes solo that weren't written for and don't appear on Songs From the Well.

"I thought it could be fun for the audience to see what their music is like when it's not produced in a way that one of their songs was produced on the album," Tassey writes in an email. "Folks will be able to hear the pure essence of the author's style."

Most of the album's songwriters will take a turn before the concert kicks into full swing — exceptions include Chorney, McCaffrey and Mitchell, the last of whom performs a sold-out show at the First Unitarian Universalists Society of Burlington on the same night. Vocalist Sara Munro joins LeGrand for his set, and cellist Indigo Ruth-Davis, Tassey's husband, sits in with the producer during her set. Jer Coons, who lent mixing and instrumental skills to the album, also takes the stage during the Song Authors' Set.

On to the main event, in which the full band features a mix of album contributors and other noteworthy musicians: Clark, Eames and Al Teodosio are on guitar duty; Rob Morse, Bernardo's longtime partner, plays bass; Jason Thime keeps time on drums; Coons and Harvey tickle the ivories; Ruth-Davis continues on cello; Fern Maddie plays banjo; and Tassey, Stephanie Wilson and ivamae add background vocals. And, of course, Bernardo will be front and center, leading the charge.

I'll say it again: This is a one-night-only affair, at least for now. No other dates have been scheduled and aren't likely to be. Given how finely produced the album is and how big it sounds, this is your one chance to hear it live in all its glory.