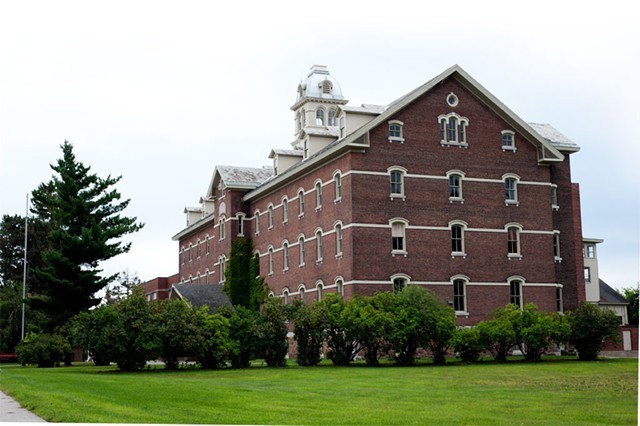 A new series of monologues shares the stories of former residents of St. Joseph's Orphanage. Call Me by My Name is an online presentation of five monologues that emerged from the work of the St. Joseph’s Orphanage Restorative Inquiry Writers’ Group. It debuts tonight — Thursday, January 27 — at 7 p.m. on Zoom (register to attend).

Call Me by My Name features monologues based on the writings of Debi Gevry-Ellsworth, Sheila Grisard, Debbie Hazen, Katelin Hoffman and Michael Ryan, all of whom lived at St. Joseph's. Instructor Carol Adinolfi supervises the group, which is part of  the St. Joseph's Orphanage Restorative Inquiry. The Burlington Community Justice Center spearheaded that initiative in 2019 after a 2018 Buzzfeed news story reignited the investigation into the orphanage, which began decades earlier.

Director Eric Nightengale said by phone that the five pieces included in Call Me by My Name are extremely frank and border on the disturbing.

"There's been such a long time where these particular people have been victimized and not believed," he said. "The experience of writing your story and telling [it] in a public way is really how we can reclaim our history and our own identity."

Professional actors from Vermont and New York City will portray the former residents of St. Joseph's. But Nightengale said that Call Me by My Name puts the writers themselves at its center.

"We're just trying to harness the power of these words and let them speak for themselves," he said.

In 2021, former residents of St. Joseph's were victorious in their fight for S.99, a bill that lifts the statute of limitations on lawsuits stemming from childhood physical abuse.