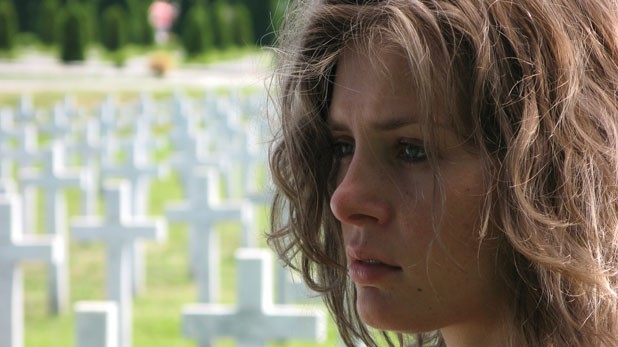 If you were around in the 1960s to ’80s, you remember the joys of repertory cinema. Back then, every college had a classic film series, and even Burlington’s downtown Nickelodeon (now Merrill’s Roxy Cinemas) reserved a screen for old favorites alongside new releases.

Technology killed repertory cinema, or so the conventional wisdom goes. Why wait for Harold and Maude to come to campus when you can download it in two minutes?

And two new film series in the Champlain Valley are banking on the public’s interest in seeing old movies the old-fashioned way — with an audience of other people who love Bogey and Bacall, Capra and Kurosawa.

At the University of Vermont, the UVM Film Series, open to the public, will bring four movies to the Fleming Museum on Thursday nights this season. The theme is “international noir,” and the series kicks off September 30 with a Soirée Noir in the museum’s Marble Court. Attendees who come dressed as their favorite noir hero, heroine or bad guy can win prizes — so get out those fedoras.

The series is a collaborative effort of the Fleming, the UVM Lane Series and the university’s film and television studies program. Program director Hilary Neroni will use prescreening lectures to introduce the audience to classics such as Fritz Lang’s The Big Heat and Akira Kurosawa’s Stray Dog.

A second new film series, The Movies, has an unlikely venue: the auditorium of Champlain Valley Union High School. Cohost Kenneth Peck has plenty of cred: He founded the Burlington College film studies program and hosted the Roxy’s now-defunct Key Sunday Cinema Club. Peck has teamed up with teacher-filmmaker Gary Lambert to present eight older films to the public this year.

Their selection is eclectic, ranging from discussion-worthy flicks of the 1980s (Do the Right Thing, Tron) to the standard classic repertoire (Sullivan’s Travels, Children of Paradise). Peck says the CVU facility is actually “pretty state of the art, having had a facelift and AV upgrade last year.” Expect surround sound and high-quality digital projection.

Finally, the Manhattan Short Film Festival lasts for only one week a year, but cinephiles will want to catch it at the Roxy, where it runs from September 24 to 30. It’s a showcase of 10 films from around the world, each 15 minutes or less, and you — along with audiences from Nepal to Australia — get to vote on the winner. Some selections are light; others take on big topics such as war, including Croatian director Dalibor Matanic’s “The Party” (pictured).

The UVM Film Series starts on Thursday, September 30, at the Fleming Museum, Burlington. Soirée Noir 6-7 p.m., followed by 7 p.m. lecture and 7:45 p.m. screening of The Big Heat. Admission to Soirée requires $25 membership (includes all four films). To register, call 656-4455 or go to www.uvm.edu/laneseries.

The Access Cinema Club starts Tuesday, October 5, 6 p.m., with a showing of Hitchcock’s The Birds at Champlain Valley Union High School in Hinesburg. $5 per screening, or $16 for four movies, $30 for eight. To register, call 482-7194 or email access@cvuhs.org.

For info on the Hopkins Center’s ongoing film series, go to hop.dartmouth.edu/films