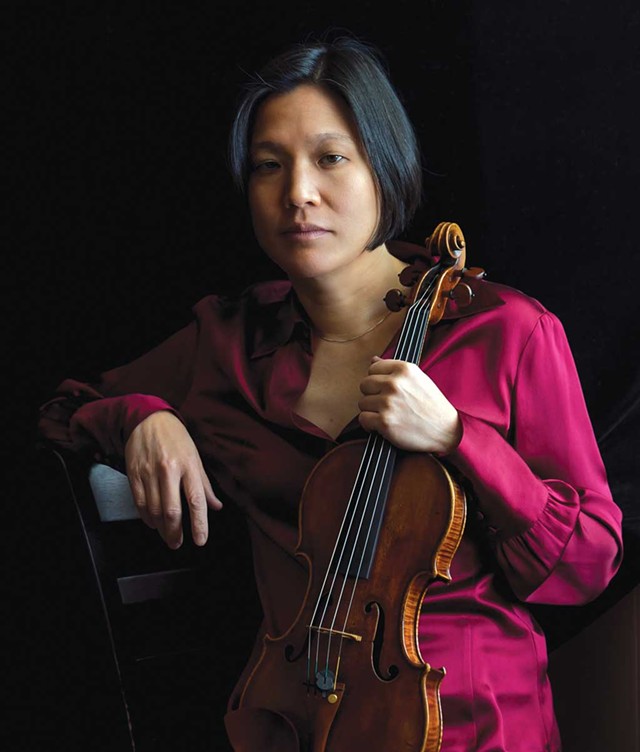 After an online-only summer in 2020, Burlington's Green Mountain Chamber Music Festival roared back to in-person operations this June. The four-week summer string conservatory for students in high school through graduate school usually takes place at the University of Vermont, which was closed to public programs because of the pandemic. So the 170 students lived at Saint Michael's College in Colchester, performing and attending concerts there and at Elley-Long Music Center. Overall, the festival went off without COVID-19 outbreaks or other hitches.

But the stress of putting on the event took a toll on its artistic director, violinist Kevin Lawrence, who founded the festival in 2005.

"It was a big deal to have a program in person; everyone was walking on clouds. But it just about killed me," Lawrence said by phone from the University of North Carolina School of the Arts, where he teaches and chairs the strings department during the academic term. The stress hit especially hard after a year of enjoying an unusual amount of practice time on his instrument due to virtual classes and canceled performances, he said.

Lawrence announced he was stepping down after 17 years during this summer's festival, which ended in late July. (He will continue to serve on the faculty.) By September, the board had chosen his replacement from several qualified applicants: violinist Elizabeth Chang, a festival faculty member since 2007.

"This comes at a moment when the festival is in great shape — financially, musically," Lawrence said of the change of leadership.

Chang, who is a professor at the University of Massachusetts Amherst and teaches in the precollege division of the Juilliard School, has founded or cofounded several smaller festivals that she continues to lead as artistic director. Those include the Five College New Music Festival and the UMass Amherst Bach Festival and Symposium, the latter of which she cofounded with her former student Amanda Stenroos, who is the Green Mountain Chamber Music Festival's general manager.

Lawrence said he modeled the festival on Meadowmount School of Music in Westport, N.Y., where he studied for five years and taught for 14 years. (Other local Meadowmount alumni include Soovin Kim, who founded the Lake Champlain Chamber Music Festival in Colchester, and Jaime Laredo, the recently retired music director of the Vermont Symphony Orchestra.)

While at Meadowmount, Lawrence managed to visit Burlington at least once a summer. "It was like going to Paris," he recalled. 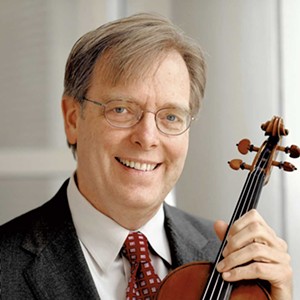 Lawrence spent another decade serving as dean and then director of the Killington Music Festival. On one of his annual visits to the Burlington area with Killington colleagues to play live on Vermont Public Radio, he decided to found a new festival in the Queen City.

The Green Mountain Chamber Music Festival attracted 75 students in its first year and 120 in its second — more than Killington had ever had, said Lawrence, who sees Vermont's most populous city as a draw in itself. His wife, Barbara Lawrence, served as the Burlington festival's business manager for 12 years.

Like Meadowmount, the Green Mountain Chamber Music Festival is a practice-intensive program for young musicians who have committed to becoming professionals. Two-thirds of the typically 200 participants are college-age or older, and many are already studying with the faculty members, who currently number about 40.

The students practice for four hours every morning and rehearse for an hour and a half each afternoon. In the evening, they or their teachers perform concerts, which the public can attend (though the seven faculty concerts attract the biggest audiences).

"This is a music festival where education and music making both take place at a high level," said Fran Pepperman Taylor, a violinist and St. Mike's instructor who just stepped down after nine years on the festival board.

"It all happens in a welcoming, inclusive and kind atmosphere — and that's not always true of these things," Taylor continued. "Kevin and Barbara's personalities really established the personality of the festival."

New artistic director Chang said her vision for the festival is to build on its success. "GMCMF works really well the way it is," she noted, "so I want to be careful not to mess with it too much."

She does have a few tweaks in mind, though, including "inviting a young professional quartet on the cusp of a good career to talk to the students about what it's like to be at that point." Previous notable guests have included members of the Emerson String Quartet; cellist Yo-Yo Ma gave an online master class last year.

Chang also plans to continue Lawrence's Classical Encounters initiative, which brings students into downtown Burlington to perform pop-up concerts and get a feel for public engagement and response. For that, she may have to enlist shuttles: The festival's leadership will decide in the next few weeks whether to continue operations at St. Mike's or return to UVM.

Salvatore Macchia, chair of the UMass Amherst music and dance department, has known Chang for 17 years and cofounded the Five College New Music Festival with her in 2009. In addition to her talent for putting together "exciting" programs, Macchia said, "Liz has a real way of identifying needs that the community might find engaging."

He cited an online speaker series that Chang organized last spring to explore how musicians in and outside academia are effecting social change through music. It drew national audiences.

When asked what interested her most in her new position, Chang said, "Getting to know the people in Burlington, the supporters and board members. I know the internal workings really well, but I had not had much of a sense of how the public appreciated the program and having all these young people and concerts [in town]. I'm really excited about the community part of it."