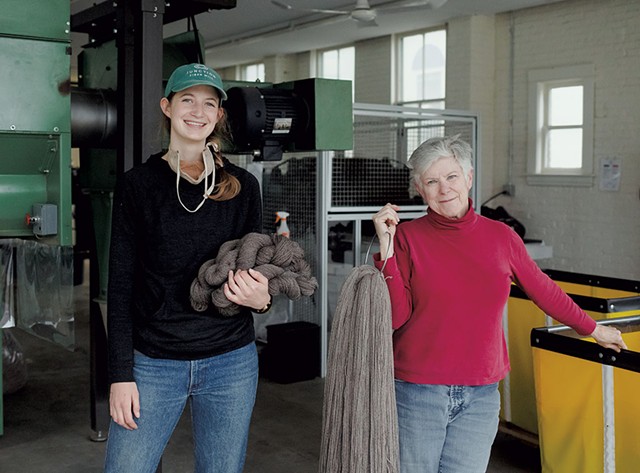 The industrial space houses half a dozen large machines, some 80 years old. There's a machine to hoist sopping bags of fleece in and out of steaming hot water, a machine to pick the fleece apart and make it fluffy, machines to comb the fibers to prep the fleece, and a machine to spin it all into skeins of yarn.

Running all this equipment is new to Kievet, 29, and Allen, 63, two knitters who came to Vermont from careers in web development and broadcasting and met at a farmers market in 2019. But they believe the mill fills a gap in the state's agricultural infrastructure.

In 2017, according to the most recent U.S. Department of Agriculture farm census, there were 704 sheep farms in Vermont, 541 of which had 24 animals or fewer.

"There's a real shortage of ... cottage mills, or mini-mills, that service sheep farmers," Allen explained. "There are some mills that have two-year wait lists."

She would know. Allen, who used to run the Live Well Network for the Disney-ABC Television Group, now raises sheep at Savage Hart Farm, which she owns with her husband, Todd. One recent season, she went all the way to Harrisburg, Pa., to get her fleece processed. Last year, she had a disappointing experience at another mill where she found the quality lacking.

"It's our honor to process someone's hard-earned fleece." Amanda Kievet tweet this

After their meeting in 2019, Allen invited Kievet and her husband, Cody Williams, to help shear sheep at Savage Hart Farm. Before that could happen, though, Allen had an injury that landed her in the hospital for weeks. Kievet and Williams showed up to help shear in her absence and ended up moving onto the farm to help Todd with lambing season.

"We knew nothing about sheep, except that they were cute, and I liked to knit," Kievet said. On their first night, Kievet and Williams helped deliver triplets. From then on, it was a full-time job for several weeks.

When Allen recovered, the farmers gifted Kievet and Williams with two ewes as thanks for their hard work. That bond laid the groundwork for their ambitious new venture: the mill. 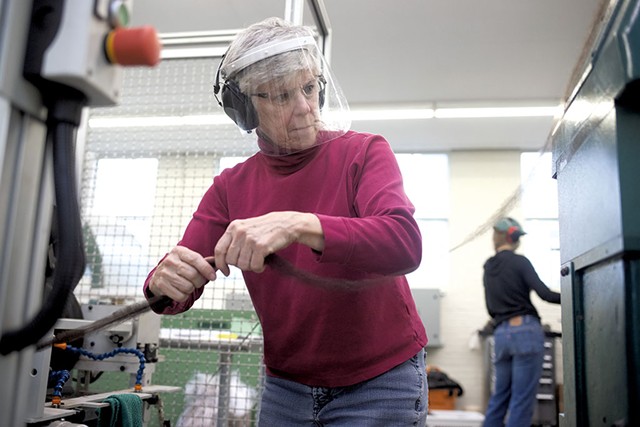 Kievet and Allen bought their equipment from Michael Hampton, who operated a small mill in Richmond. In 2017, Hampton stopped taking custom processing orders from sheep farmers to focus on making his own yarn, leaving a gap in the market.

Kievet and Allen had joked about buying Hampton's milling equipment, but it took a pandemic-induced revelation to make Kievet really interested.

"I was so excited about this idea, not knowing any of the hard work it would take to get to today. And, luckily, she wanted [to go] along," Kievet said of Allen.

In 2020, Kievet and Allen made an offer on Hampton's mill equipment, plus training from him in its operation and maintenance.

Finding a physical space was another matter. They needed a lot of square footage and cement floors that could support thousands of pounds of metal. Once they found the space and moved the machines in, they started making yarn right away using wool from Allen's sheep. They were thrilled with the results.

"I think that this yarn that we made for [Allen] this year has been one of the finest that [she's] had, really," Kievet said. "That's been a huge confidence boost, to look at what other mills have done and just feel like we are competitive."

Kievet noted that savings from their big-city careers were vital to helping the women purchase the equipment and secure the space.

"It is a very nice, cute dream to have a yarn mill — but it is expensive," she said. "It's not uncommon for mill owners that this is a second career for them."

Kievet and Allen are confident that the demand for their services is there. Hampton, the previous owner of the machinery, told Seven Days that he operated on a constant six-month backlog from the moment he started processing wool in 2009.

Vermont has other mills, including Mad River Fiber Arts & Mill in Waitsfield, Vermont Fiber Mill & Studio in Brandon, and the Green Mountain Spinnery in Putney. But Hampton said the equipment Kievet and Allen now own and operate is unique.

"They're doing a really fantastic job," Hampton said. He added that he's happy "to have [the equipment] stay in Vermont and have it go to somebody else who is as passionate about it as I am." 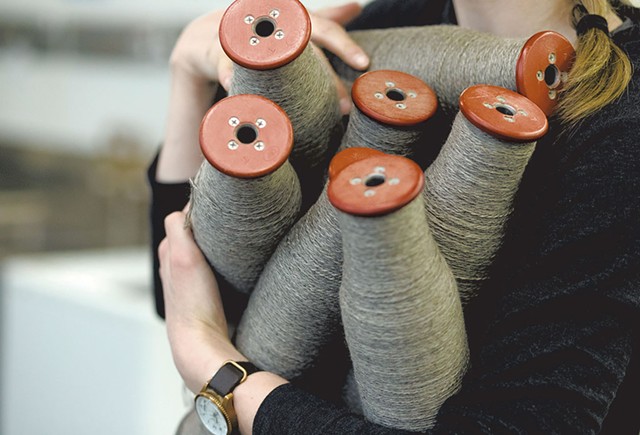 Getting the mill running hasn't been entirely smooth sailing. Neither woman had experience working with heavy machinery before this venture.

"The goal was yarn and wool and sheep and fiber," Kievet said, "[but] the reality is cold, hard metal, grease, heaviness, sharpness, things that could take your arm off. It's very contrasted with what the end product is. But I also find it fascinating."

A few weeks ago, Kievet lost a tiny O-ring inside one of the machines, and she and Allen spent hours taking apart the greasy machinery looking for it and driving around town for a replacement part.

Allen said she struggled with learning the ins and outs of the machines, which have dozens of moving parts that need incremental adjustment for an ideal result. "I'll be honest with you," she said. "I'm 63. What the hell am I doing learning all this equipment? I had a lot of anxiety."

But she and Kievet had experience facing hardship together after the lambing season when Allen was injured. They supported each other through the learning curve.

Junction Fiber Mill opened for yarn processing on May 1. Kievet and Allen have already had interest from as far away as Maine and Martha's Vineyard in Massachusetts.

Kievet said that farmers need to be able to put "an immense amount of trust" in their miller. "It's our honor to process someone's hard-earned fleece," she said, "because we know everything that goes into shepherding a flock through the middle of winter, when you're out there solving a water problem because it's freezing or you're in the barn delivering lambs at two in the morning. There's so much passion that goes into this stuff."