New Director Tom Ayres Aims to Jazz Up the Chandler 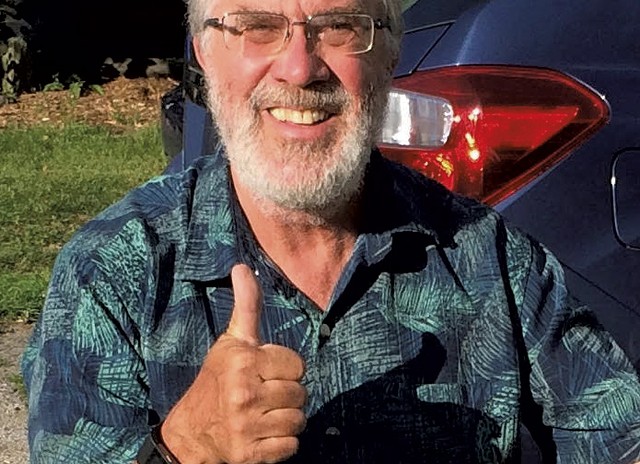 Here's a fun fact: Randolph, the Orange County town about an hour south of Burlington, is almost the exact geographical center of Vermont. And if Tom Ayres has his way, the burg of some 5,000 people will soon be a central arts hub as well.

Ayres, 64, is the new executive director of the Chandler Center for the Arts.

"This is my dream venue to book and take to the next level," he says by phone. "This place is a jewel."

Ayres started his new gig in earnest last week. He replaced Katie Trautz, who held the position for a year before stepping down to care for her growing family. Ayres brings a diverse and complementary skill set to the Chandler.

Specifically, he spent a decade as the marketing director for the Flynn Center for the Performing Arts in Burlington. More recently, he was the executive director of First Night Burlington. Ayres has also worked for the Humane Society of Chittenden County and currently serves as a city councilor in Burlington — a post he'll be leaving in June. His work in both marketing and curating make him a unique fit for the Chandler.

"I really see them as integrally tied to one another," says Ayres of his dual skills. "I don't want to suggest that the performing arts is a product, but if you don't have a product that is marketable, all the fancy marketing in the world isn't going to sell tickets," he continues. "So, I really approach the booking of a season with both my curator and marketing hats on."

He'll be donning those hats immediately. The Chandler's upcoming season is as yet incomplete.

The Chandler's standing as a cultural and community cornerstone in central Vermont has expanded steadily since the stately 575-seat Chandler Music Hall's multimillion-dollar 2010 renovation.

"I want to continue to build on the strong programming legacy that's already in place," Ayres says, specifically highlighting the Chandler's strong reputation for Americana music.

"I'm really excited that the first show I'll get to introduce as executive director is Béla Fleck and Abigail Washburn," he says. The acclaimed bluegrass duo and married couple plays the Chandler on Friday, April 14.

Twang is near and dear to Ayres' heart. For 17 years, he hosted the weekly alt-country show "Emotional Weather Report" on University of Vermont radio station WRUV 90.1 FM. He also served for many years as the station's folk and Americana music director. While Ayres loves his country music, one way he hopes to grow the Chandler is by diversifying its programming.

"I would definitely like to bring more jazz here, which has always been a bit of a hole in the programming," he says. The Chandler's board of directors is down with that direction, too, Ayres adds.

Pointing to the Flynn as an example, he says a key component of his growth strategy will be increasing the Chandler's visibility and activity in the community. Ayres notes that the venue already has a strong connection with local schools and organizations, but he wants to strengthen those relationships even further.

"I would like to place more artists in schools," he explains. Coincidentally, Ayres' longtime friend Tom Walters recently took over the music program at Randolph Union High School. "He and I have already started talking about getting more artists into Randolph Union," Ayres notes.

World-renowned trumpeter and UVM lecturer Ray Vega is likely to be among the first.

"I have a close relationship with Ray," says Ayres. "And, given the mandate I have to step up the jazz program here, getting in touch with him right away is a no-brainer."

"I would like to work on a stronger connection to the institutions of higher education around here ... to cultivate relationships with students and faculty," he says, citing Vermont Technical College, Norwich University and Vermont Law School, among others.

Additionally, Ayres is strategizing ways of luring audiences from Burlington, Montpelier and Hanover, N.H. — one of the Chandler's eternal challenges.

"There's not a hell of a lot to do down here on a Friday or Saturday night," concedes Ayres.

He plans to entice Vermonters by ramping up the schedule in the Esther Marsh Room, Chandler's 80-seat multiuse performance space that is somewhat analogous to FlynnSpace in Burlington. He envisions a regular schedule of local music and comedy in the room, with catering from area bars and restaurants.

"I would like to enliven that space more with Vermont-based artists," Ayres says, "and step up the programming in there as well."