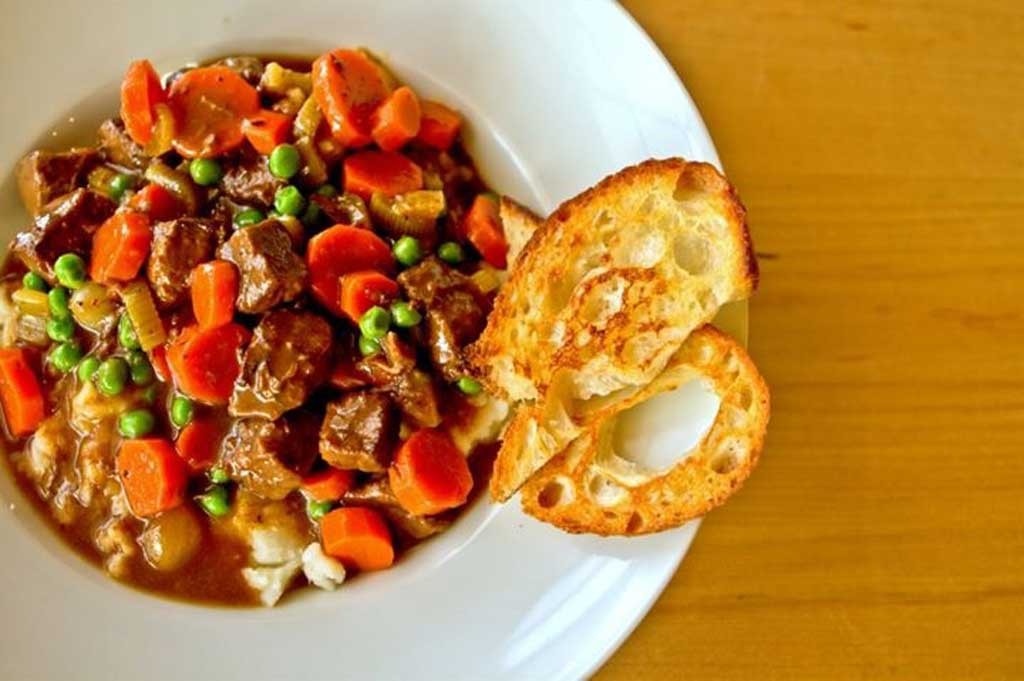 What if we told you you could eat five-spice-braised pork tacos with apple-ginger slaw and cilantro-lime cream on Malletts Bay — without packing a picnic? That dish is part of a new menu at Bayview Eats, the café that opened at 97 Blakely Road in Colchester in 2011.

Back then, Jess Werkheiser and Chris Cline debuted their establishment as the Café Window with a menu of sandwiches and summer ice cream specialties. Those standards are still available, but new chef Jonathan Turner has brought his own touch to the relaxed eatery.

The Louisiana native completed his Atlantic Culinary Academy externship at the renowned Commander's Palace in New Orleans. Turner moved to Vermont a decade ago. As assistant pastry chef at the Inn at Shelburne Farms and a chef de cuisine at the University of Vermont, he honed a Vermont-meets-Louisiana style.

Turner won the top spot at UVM's 2012 Battle of the Campus Chefs for his crisp hush puppies in Rookie's Root Beer sauce, featuring local pork. But don't look for such Southern-fried treats at Bayview Eats. Besides maintaining an emphasis on local ingredients, Werkheiser is proud to say that her restaurant has no fryer.

Turner's cuisine isn't the only news at Bayview. The "drafty '80s solarium" that once defined the lakeside space is no more, Werkheiser says. Though diners can still enjoy lake views, they're no longer the main attraction. "The focus is now on the food," adds the co-owner. "There aren't a lot of options on Malletts Bay. We've built our local crowd; now we're keeping it creative and once again using farm-to-table [ingredients] and maintaining that philosophy."

The original print version of this article was headlined "Southern Bay"