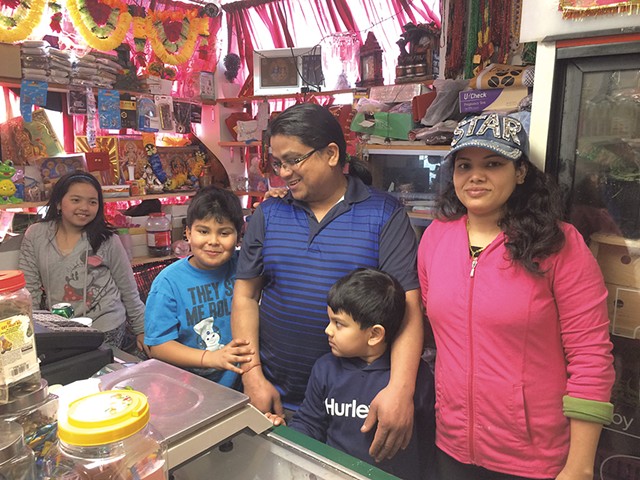 In March 2015, Goma and Ratna Khadka opened Nepali Dumpling House at 78 North Street in Burlington. Now, the couple is expanding into the New North End. Their new grocery store, RGS Nepali Market, will be located at 1563 North Avenue, former site of Merola's Market. According to Goma, it should be up and running by the middle of April. They hope to also sell beer and wine.*

"It's not going to be a restaurant right now," she said. "Maybe in the future. We're hoping to do a kitchen, also ... It's going to take a few more months."

The Khadkas will sell a wide variety of Asian groceries — particularly from India, Nepal and Vietnam — with some African goods in the mix, as well. In addition to carrying pantry staples, they'll bring fresh fruits and vegetables up from New York City weekly. The existing 800-square-foot walk-in cooler will provide plenty of space for produce.

Why the additional location? "A lot of my community people are moving [to the New North End]," Goma explained. Many lack cars or easy access to rides, she went on, and Old North End stores such as Nepali Dumpling House — which also sells groceries and clothing — are a trek. "They're [saying] that we should have an Asian grocery down there [in the New North End]," she said. "I want to give them a service."

Given the demand, Goma is confident of having plenty of business. People are "all excited," she said. "It's going to be easy for us."

*Correction, March 20, 2017: An earlier version of this story stated that RGS Nepali Market would be a state liquor store. In fact, the owners have applied for a license to sell beer and wine.