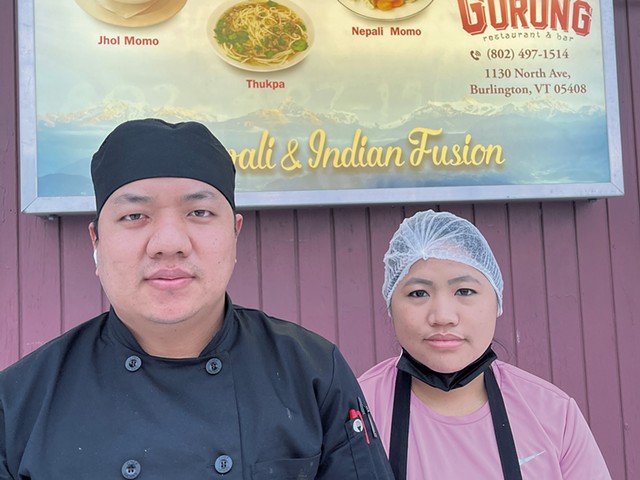 The new restaurant took over the space previously occupied by Maya's Kitchen & Bar, which announced it was closing for good on January 16. The former owners of that restaurant, Maya Gurung-Subba and her husband, Suk Subba, are working to open Maya's Mini Mart & Deli at 78 North Street in Burlington (see "Pressure Cooker").

Gurung Restaurant is open seven days a week for lunch and dinner and offers only takeout for now, the co-owners said. Their broad menu of Nepali and Indian specialties includes Nepali dumplings known as momos, thukpa noodle soup and stir-fried rice noodles, multi-dish vegetarian and meat thali, and a variety of goat or lamb curries.

The original print version of this article was headlined "New Noodles"