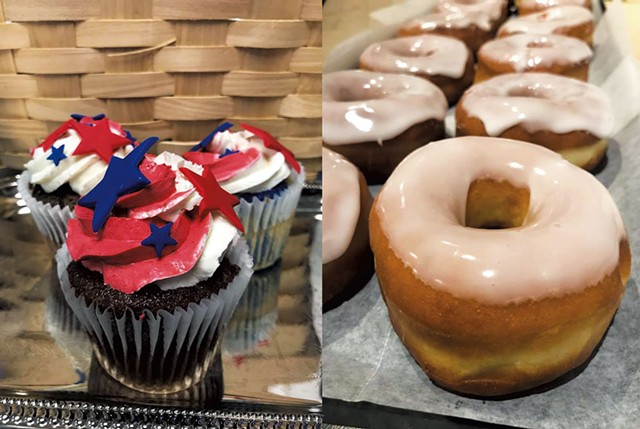 For 25 years, La Brioche Bakery & Café has been a coffee-and-sweets mainstay in the heart of Montpelier. The bakery-café at 89 Main Street, owned and operated by the New England Culinary Institute, serves student-made pastries, croissants, brownies, cookies and cakes to customers in the Capital City. In addition, the kitchen prepares a daily rotation of soups and sandwiches for lunchtime diners at the big-windowed restaurant on the corner of State and Main streets.

But the anchor of Montpelier's City Center building could be gone by the end of the year. Milan Milasinovic, president of NECI, told Seven Days that the culinary school will not renew its lease for La Brioche when it expires on December 31.

One possibility for the future of La Brioche — which Milasinovic called "just an idea" — is relocating across the street and down the block to 118 Main Street. That's the building that houses the school's restaurant NECI on Main.

The hours of the two businesses complement each other, Milasinovic noted: La Brioche ends its breakfast and lunch service at 3 p.m., and NECI on Main opens for dinner at five.

"I'm a businessman, and I'm planning to reduce the cost of my operation," Milasinovic said. "Nothing is definitive. When the time comes, I will decide the best options for the students."

La Brioche, which opened in the early 1980s, was originally located in the basement of Tubbs Restaurant on Elm Street in Montpelier, according to Lyndon Virkler, a longtime NECI faculty member. It was inundated "to the ceiling" in the March 1992 flood, Virkler wrote in an email to Seven Days. About a year after the flood, La Brioche relocated to the City Center space.

NECI's current enrollment is about 85 students, according to Milasinovic. Founded by Francis Voigt and John Dranow in 1980, the school had nearly 800 enrolled students at its peak in 1999.