What's in a name? For some people, the perfect profession or proclivity 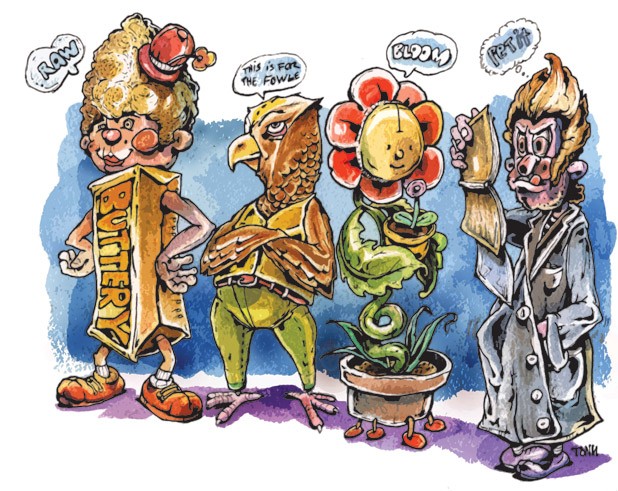 Do we choose our professions, or do they choose us? For some people, the answer may depend upon the name they were given at birth. Who among us hasn’t come across the hobbyist, tradesman or professional whose name is a perfect match for his or her profession or avocation?

For the fourth year in a row, I’ve compiled an annual list of these so-called “aptronyms,” with help from my fellow Seven Days wordsmiths and astute readers. I don’t search for these names, though other such lists abound on the Internet, but simply write them down when I or my colleagues chance upon them. What’s amazing, each year, is how commonplace aptronyms are — so much so that we often don’t notice them until we see them on this list.

For example, anyone old enough to remember Ronald Reagan’s presidency may recall the name of one of his press secretaries: Larry Speakes. More recently, President George W. Bush’s secretary of education was named Margaret Spellings.

Closer to home, the director of communications at the Vermont Department of Tourism and Marketing is named Erica Houskeeper. In fact, previous years’ lists have turned up an abundance of aptronyms in state government, including many who work for the Department of Fish & Wildlife, among them wildlife biologists Forrest Hammond and John Buck, and former chief game warden Robert Rooks.

Earlier lists included place-name aptronyms, such as the $232.1 million winning Powerball ticket that was purchased in the town of Winner, S.D. They’ve also included anti-aptronyms, such as Dr. James Clapp, a Vermont OB/GYN. This year, I came across three almost-aptronyms, which I call “close but no cigar.” Enjoy!

Close but no cigar:

Got your own aptronym?