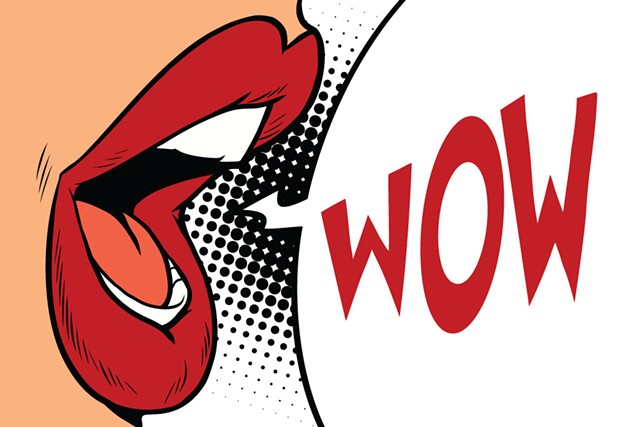 My current boyfriend claims that he loves to go down on me, and tries to often, but most of time I don't feel amazing or super good, and I have never come, even though I love clitoral stimulation. I've tried to talk to him, and maybe I didn't say the right things. He's the only person who has ever gone down on me before, so I can't tell if he just sucks at oral or if I was expecting too much?

Kudos to your man for enthusiastically trying to please you. It sounds like he doesn't suck at being a good boyfriend.

This may be a case of you expecting too much and him not stimulating you in the best way. So first off, relax! A lot of women don't climax from oral because they do not allow themselves to. They feel disconnected or think they're obliged to come. When orgasm doesn't happen, feelings of disappointment and inadequacy set in. Some women just fake it and go unsatisfied.

You might also ask him to vary the movement of his tongue — like flicking it back and forth across your clitoris or using the tip to trace figure eights. He can start by teasing you down there, then add pressure.

Finally, don't worry about doing or saying the right things. Ask for whatever feels sexy and good, and allow yourself to fantasize. Pretty soon, you might find oral sex is lip-smackin' good.