Scarlett Letters: My Boyfriend Is Overly Friendly With His Ex 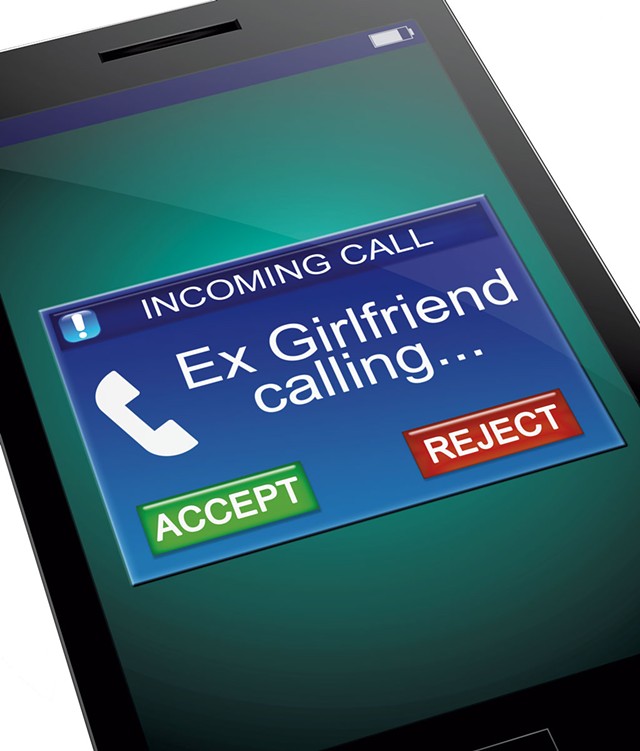 My boyfriend is very friendly with his ex-girlfriend and her family. I've spoken to him about how she makes me uncomfortable because she has been rude to me on several occasions. He told me that's just how she is. Her family told him I wasn't allowed inside their house. One time when we went to pick something up, I had to wait in the car for 20 minutes while he was inside. I also found out that he was talking to her about intimate details of our sex life and that he has been seeing her without telling me. Am I irrational for being upset that he has hidden this from me?

There is nothing wrong with a guy being friends with his ex-girlfriend. Platonic relationships form out of the wreckage of broken romances all the time. If he liked her enough to date her, chances are he likes her enough to stay friends.

However, it sounds like he has really crossed a line. Seeing her behind your back is just plain sneaky. And why aren't you allowed inside her family's house? Why is his ex treating you poorly? Most importantly, why isn't he standing up for you?

So, no, it's not irrational for you to want recognition, to want him to stick up for you and to want him to set boundaries with his ex. It is also not at all crazy for you to demand that the details of your sex life be kept secret. Your boyfriend needs to do less kissing and telling and more communicating — to his ex and others — that you are important to him and should be treated with respect.

My advice is to talk this out with him. Expectations are central to any relationship, and yours and your boyfriend's appear to be out of sync. Try not to accuse him or back him into a corner, but be open about where you stand. You deserve to know what's going on — whether he still has feelings for his ex or if they really are just friends.

You can't forbid him from seeing her or force your way into her family's house, but you can control what you are willing to accept — and what's going on right now isn't cool.