My Boyfriend Has Dated Three Other Women With the Same First Name as Me | Ask the Rev. | Seven Days | Vermont's Independent Voice 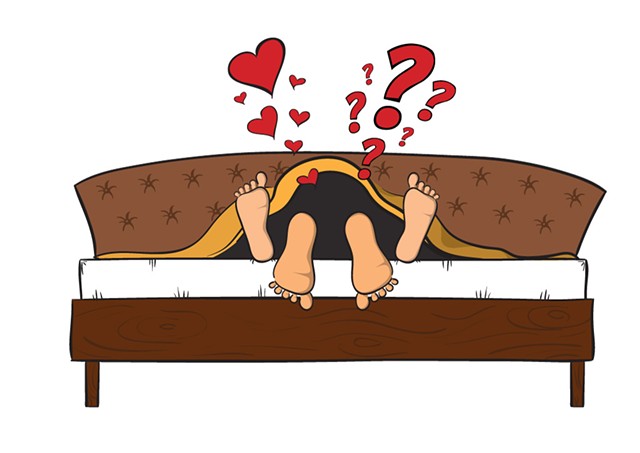 I've been with my boyfriend for about a year and a half. I recently found out that he has dated three other women with the same first name as me. Aside from that just seeming a little strange, now when he calls out my name during sex, I wonder if he's thinking about one of them instead of me. Am I overthinking?

As long as your name isn't something really unique like Rowandaleena, I would say yes, you are overthinking the situation. A friend of mine happened to date four guys with the same first name, and it was definitely unintentional. There are at least two people in my town who share the same first and last name with me. Some names are just more common than others, and I'm fairly certain your beau didn't pick his same-named partners on purpose.

When he calls out your name any other time — if he's trying to get your attention across a crowded room, for instance — do you worry that he's thinking of one of his previous partners? Probably not. So you shouldn't think that's what's happening when you're having a roll in the hay. You're the person he's with, and he's saying your name; it's safe to assume he means you.

If it really makes you nuts, you could come up with a nickname to use during sexy time. Tell him you want to be called "baby" or "sugar" or "Louise" — whatever floats your boat. Better yet, just forget about the exes and keep your head in the game.