My Boyfriend Called Me His Ex's Name in Bed 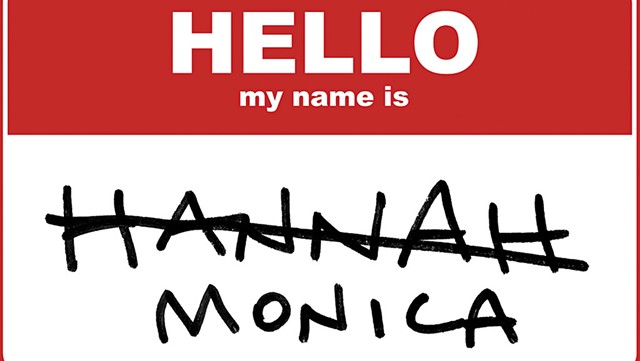 After about a month of dating, my boyfriend called me his ex's name in bed. He apologized profusely and said he hadn't had feelings for anyone like me since her, so that's why he thought his brain got confused. Then it happened a week later, and he said it was because he was so paranoid he was going to do it again that it was all he could think about. I want to believe him, but it's made me feel a little insecure. Should I be concerned?

My mother had eight children, and she often called us by the wrong names. That doesn't mean she loved any of us more than the other or that she actually got us confused. Slips can just happen on the fly. It's easy to call a family member by another one's name.

Same goes with friends, pets and sexual partners. Most likely, your beau isn't carrying a torch for his ex, but his brain is getting tripped up on the romantic feelings he has for you. You shouldn't take offense. It's actually kind of sweet in a weird way.

Besides that, our brains don't work quite right when we're having sex — especially during an orgasm. All kinds of hormones are flying around, neurons are going nutty, and the logical part of your brain pretty much shuts down. God only knows how a person can remember their own name at that point, let alone somebody else's.

Here's a little pro tip for all lovers: Don't make it a habit to call out your partner's name during sex. Use a nickname, talk dirty, make animal noises. Say anything but the name, unless you're absolutely certain you're never going to have sex with anyone else. Why set yourself up to make a mistake somewhere down the road?