My Best Friend Is Constantly Picking His Nose 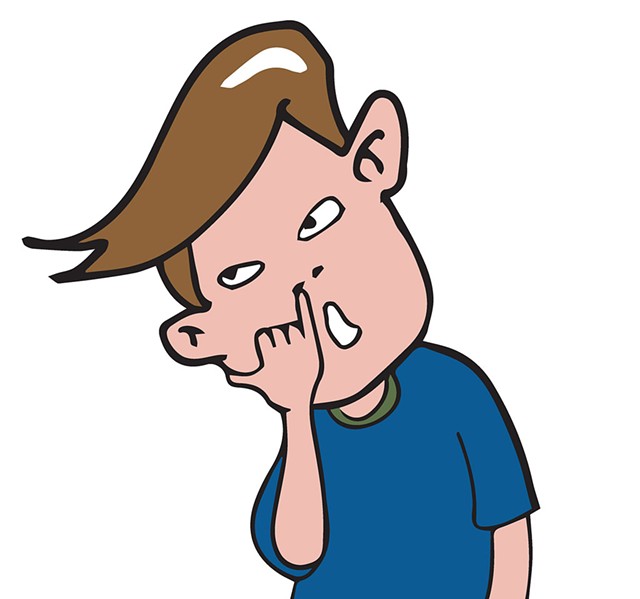 My best friend is constantly picking his nose. I swear I've seen him eat a booger on more than one occasion. I love him to death, but I'm also absolutely disgusted by this. Should I say something or just keep trying to ignore it?

When someone has a piece of food caught in their teeth, do you tell them? I hope so. This is worse. Your friend might not even realize he's picking his nose, and you could be the one to help him nix this nasty habit.

We've all stuck a finger up the schnoz on occasion. It's a fact of life. Your pal's excessive picking may be due to allergies or a dry nose, or it could just be a nervous habit. It's rare, but it's possible he has a condition called rhinotillexomania. This is compulsive nose-picking that relieves stress or anxiety. It's often accompanied by other repetitive behaviors, such as nail-biting.

Booger-mining isn't just gross, it's unhealthy in many ways. Fingernails can cause scratches inside the nose that can lead to infection. It's a great way to spread germs all over the place. Constant picking can cause nosebleeds and even lead to septum damage.

It might feel weird to talk to your friend about this, but you'll be doing him a big favor. You can even offer to help him stop. When you see his finger meandering toward the booger buffet, call him out on it. Give him a stress ball to keep his hands occupied. Tell him to wear a Band-Aid on his dominant finger so it will feel weird when he goes to stick it in his nose.

If none of these things helps, your friend should see a doctor to address the underlying cause of his excessive nose-picking, be it anxiety or allergies.