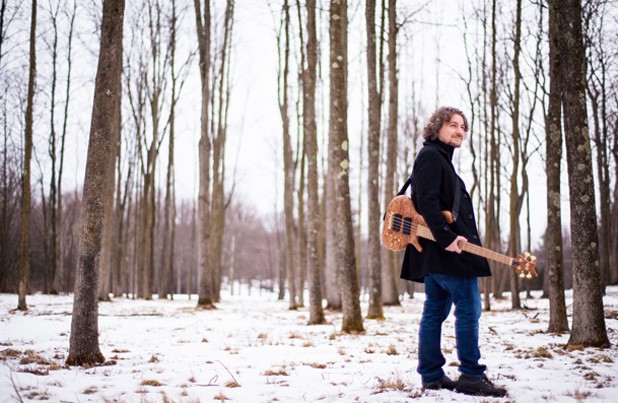 Much like your first car, first beer or first … er, other firsts, you always remember your first guitar.

Mine was a beat-up acoustic Applause, a plastic, imitation Ovation that I inherited from a good friend’s older brother as a teenager. Truth be told, it was a piece of shit. But I loved it. I played clumsy covers of Oasis and the Lemonheads and the Pants and Envy at high school talent shows with it. I wrote my first songs on it. I used it to — mostly unsuccessfully — vie for the affections of girls in college. Eventually, when I started taking music more seriously, I upgraded to a better axe — or at least one whose body wasn’t held together with duct tape. But I’ll always love that crappy Applause. Because without it, I suspect my life would have turned out very differently. I bet if you polled local musicians on the subject, you’d get dozens of similar stories about how their first instruments shaped the course of/ruined their lives. Simply put, a musician’s first instrument is often a profound life changer.

In that spirit, and in the spirit of the upcoming holiday season, the guys at the local online guitar shop Music Store Live are rolling out a nifty new program called Play It Forward to put guitars in the hands of folks who might otherwise not have the means to get them.

The program is the brainchild of MSL guitar tech and Rough Francis guitarist Paul Comegno. In a post on the MSL website, Comegno recounts the story of his first guitar — his dad’s old Yamaha FG-110. Following a skiing accident in which he broke his thumb on his first run of the season when he was 15, he dedicated himself to learning the guitar as a means to kill the boredom. He’d tape a pick to his cast and strum for hours on end.

“By the time the cast came off I was hooked,” he writes. Given that Rough Francis just inked a deal with Riot House Records, I’d wager that was a pretty significant turning point for him.

By now you’re probably saying, “So, Dan. How does this thing work? And since RF front man Bobby Hackney Jr. is a Seven Days employee, shouldn’t there be some line about full disclosure in this here column?”

Totally. And glad you asked!

MSL is looking for donations of used guitars that they will in turn fix up and distribute to deserving recipients. The guitars can be in any condition, from playable to my poor old Applause. Nonplayable axes will be stripped for parts to fix other guitars. So even that knockoff Bender Stratoblaster that your uncle gave you and has been sitting in the basement for 20 years can be put to good use. In return, MSL will send you a $25 gift certificate and pay for the shipping.

At this point, you’re probably like, “Man, that’s really cool. But I don’t have an old guitar to give. Also, wow, Riot House Records? Bitchin’.”

If you don’t have a guitar to donate, you can get involved by nominating potential recipients. Does your kid play a mean air guitar, but you don’t have the cash to get li’l Slash a new axe for Christmas? Did the neighbor boy smash his Ibanez during a particularly rowdy band practice, only to realize his allowance won’t cover the repairs? And even though you like the quiet in the neighborhood now, he kind of reminds you of yourself when you were a teenager in a garage band? Did your well-meaning but dim older stepbrother give you a crappy Applause guitar that was held together by duct tape for your birthday a few years ago because he thought it would be cool for you to have his first guitar? Write to ali@musicstorelive.com and make your case. Or, better yet, take a video of yourself explaining why you’d like to see your nominee get a free guitar, and MSL will show that video to the recipient when the guitar is delivered.

For more info, including shipping instructions for donations, visit musicstorelive.com/donate.

The spunky do-gooders over at Big Heavy World are resuming their Rocket Shop Live series on Wednesday, November 20, at Main Street Landing in Burlington. The show will be simulcast on terrestrial radio at 105.9 FM the Radiator, on TV on RETN and online at bigheavyworld.com.

Each session also includes a panel discussion with various scene know-it-alls on topics germane to working musicians. I actually took part in one of those panels last year alongside my Freeps colleague, Brent Hallenbeck. It was a lively discussion during which Hallenbeck and I fought to the death over the merits of Grace Potter & the Nocturnals. Kidding. It was actually a fun, and hopefully enlightening, conversation about the role of media in local music and the ways in which artists can best approach them. This month’s topic involves copyright, which in the internet age is an increasingly complicated and critical issue for independent musicians. Check it out.

Congrats to local sludge-metal band Vaporizer, who celebrate the release of their new seven-inch record — released by Hydro-Phonic Records on slime-green vinyl, no less! — with a pair of shows this week: Thursday, November 21, at the Monkey House with Barishi, and Monday, November 25, at Higher Ground with fellow locals Vultures of Cult opening for French prog-metal stalwarts Gojira.

Congrats to bassist Jen Smithers for recently getting married! And happy trails. Smithers, who for the past seven years has been holding down the low end for central Vermont bands such as Abby Jenne and the Enablers, Amapola and Erin McDermott, among others, is leaving Vermont for an as-yet-undisclosed location in the mid-Atlantic region — presumably, the gettin’ hitched thing is involved. Most recently, Smithers has been the bassist for Montpelier surf-metal band the Concrete Rivals. They play their final show with the original lineup this Thursday, November 21, at the Higher Ground Showcase Lounge, as support for Kelly Ravin’s CD release — see the review on page 71. (Spoiler alert: Whoa.)

While Smithers’ departure is certainly a bummer, I’m happy to report that the Rivals will continue playing with a new bassist. As soon as they find one, that is. In a recent email, bandleader and guitarist Jay Ekis writes that he and drummer Ben Roy plan to spend the winter writing new material for a forthcoming album and looking for a new bass player. And of Smithers he adds, “She has added a lot to our little music community and she’ll be missed.”

Plants and Animals, The End of That