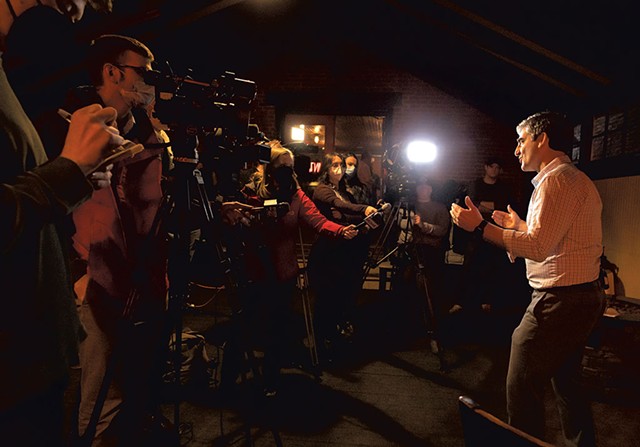 While announcing acting Police Chief Jon Murad as his pick for Burlington's top cop in January, Mayor Miro Weinberger said the city needs a permanent police chief to carry out vital reforms. Murad, the mayor said, deserved a chance to succeed "in a way he's been unable to as an acting chief," a role Murad has occupied for nearly two years.

When a politically divided city council shot down Murad's nomination the following week, Weinberger declared that Murad would stay on indefinitely as acting chief. Weinberger, a Democrat, may have been banking on at least one Progressive councilor losing a seat on Town Meeting Day to tip the council balance in Murad's favor. None did, and Progs still hold six of 12 council seats.

In his "temporary" gig, Murad may be in for the long haul.

"He will be the leader of this department for a significant period of time," Weinberger said in an interview last week. "Chief Murad has my support. He has support of half the council."

But Weinberger's move has raised a new issue. People of both political persuasions have questioned whether Murad's indefinite appointment is legal, since the city charter says department heads are subject to city council approval — a hurdle the acting chief hasn't cleared.

"It feels like a loophole that he's trying to use to go around the council itself," outgoing City Council President Max Tracy (P-Ward 2) said of Weinberger.

Weinberger and the city attorney respond that the charter gives the mayor the authority to run the city, which needs a police chief to function. And despite Tracy's position, the council has so far made no moves to unseat Murad. The chief did not respond to an interview request from Seven Days.

The stalemate over the chief comes as the council is poised to review a slew of police reforms, including increased civilian oversight — changes that only half of the council trusts Murad to carry out.

The Progs and Dems have been butting heads over policing since June 2020, when the council voted to reduce the city's police force by 30 percent through attrition. Murad was named acting chief that same month. More than two dozen cops have left since then, plunging the department into emergency staffing mode and, according to Weinberger and Murad, creating a public safety crisis.

Following the roster cut, Murad proposed hiring civilians to respond to nonemergency calls but made clear he preferred to have more cops on the beat. He was at the helm during a monthlong protest in fall 2020, during which activists took over Battery Park to demand that officers involved in high-profile violent encounters with residents be fired. And that winter, Murad opposed a Progressive-led proposal to create an independent "control board" to oversee police discipline and investigate misconduct. Weinberger later vetoed the plan.

Progressives are not the only ones questioning Murad's current status. At a recent Neighborhood Planning Assembly in Ward 6, Burlington attorney Robert Backus questioned whether Murad can lawfully serve as a department head. Jordan Redell, Weinberger's chief of staff, replied by pointing to the mayor's powers in the charter. "You're entitled to disagree," Redell told Backus, when he pressed the issue.

Backus told Seven Days that Redell didn't assuage his concerns. Backus isn't an expert in municipal law — he practices family and criminal law — but said his interpretation of the charter is that it requires the council to confirm the appointment of department heads. A Weinberger supporter in last year's mayoral election, Backus said his opinion isn't politically motivated.

"The mayor has appointed a permanent acting chief of police. That doesn't pass the straight-face test, in my opinion," Backus said. "If the mayor is doing an end run around the statute, how do you hold the mayor accountable?" 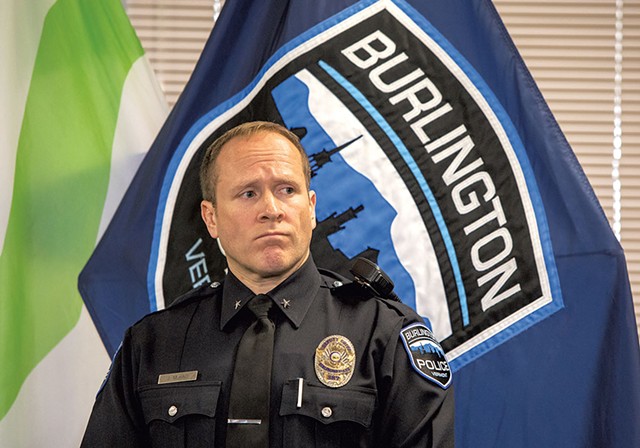 The question isn't unique to Burlington. On the federal level, critics raised similar concerns when former president Donald Trump routinely filled vacancies with acting officials, bypassing Senate confirmation hearings. The administration lost a March 2020 court case when a judge ruled that a top immigration official's appointment violated the Federal Vacancies Reform Act, a law that details who can be named to acting roles and for how long.

Burlington's charter isn't as prescriptive as federal law. In an interview last month, city attorney Dan Richardson said Murad's appointment is "perfectly legal" because the charter allows acting department heads to serve until permanent ones are confirmed. An outside candidate couldn't serve indefinitely as acting chief, but as a department employee, Murad can, Richardson said.

There's also precedent for Weinberger's decision. In 1981, the board of aldermen rejected mayor Bernie Sanders' picks to lead city departments, so he enlisted a crew of volunteers instead. The board approved three of Sanders' appointees the following year.

In 2010, a council majority voted against reappointing Jonathan Leopold, the city's chief administrative officer, who was at the center of the Burlington Telecom scandal — but he stayed on duty for another 10 months.

"It's not a back door around the appointment process," Richardson said of Murad's situation. "It's just effectively a stalemate."

Still, Richardson says having unconfirmed department heads isn't necessarily a good long-term practice. Murad may be allowed to serve, but with half of the council not in his corner, "there's obviously the political component to that," Richardson said.

"It's a problem that will continue," he added. "It does raise issues that, I think, ultimately do have to be resolved."

Tracy, the council president, thinks that Weinberger could reestablish trust with the council by agreeing to reopen the police chief search, but the mayor has so far refused.

Other Progressives aren't as keen to press the issue. Councilor-elect Gene Bergman (P-Ward 2), Tracy's replacement who will be seated on April 4, served as an assistant city attorney for 20 years, including under Weinberger. He interprets the charter as empowering the mayor to build his team and says questions around Murad's appointment are more political than legal.

Councilor Zoraya Hightower (P-Ward 1) said she hasn't given the legal question much thought and doesn't think that the caucus should fight Weinberger on those grounds.

"If anybody wants to challenge that, I'm happy for them to do that, but I just don't think that is where the council's time or energy is best spent," she said, adding, "I don't think that it coming from the Progressive Party works, because then it won't look like accountability. It'll look like party politics."

Both councilors want to see Murad embrace reform, and his first test may not be far off. For the last two months, the council's Public Safety Committee — as part of a working group with police commissioners and others — has pored over the 149 recommendations made by an outside firm hired to conduct an independent policing assessment. The report, delivered last fall, cited serious deficiencies in the department, including inefficient staffing schemes, inadequate training, a lack of oversight and evidence of racial bias. The committee will release a report this month that will contain the group's responses to each of the suggested reforms, and how to implement them. Its findings will presumably chart a path for the city's reform efforts for years to come.

"He is as "small p" progressive as you are going to find a police chief in Vermont." Jennifer Morrison tweet this

The working group has already ranked a recommendation to create a "citizen control board" as a high priority. Much like the proposal Weinberger vetoed in December 2020, the board's members would review internal investigations "rather than having the chief serve as the final authority on facts and discipline," the consultants said. Working group members are also open to giving these powers to the city's existing police commission. Murad, however, has told the working group that he's opposed to a control board.

Bergman, the councilor-elect, said Murad needs to support increased oversight to earn his vote, should Weinberger ever bring back a nomination to the council. He also wants the chief and the mayor to stop contributing to "the crisis mentality and the hysteria" around crime in the city, and to support efforts to renegotiate parts of the police contract that impede reform. Consultants had identified the current agreement as a barrier to reform.

In an open letter last summer, the American Civil Liberties Union of Vermont called out Murad and Weinberger for offering "false narratives" about a crime spike in the city when total calls for service had decreased. That trend continues: Between 2019 and 2021, the number of total incidents and some of the most serious crimes dropped, the data show. Other low-level crimes, such as car thefts and burglaries, increased dramatically.

If Weinberger sticks with Murad, "we're either going to continue to just fight about it, or we're going to try to figure out how to address the concerns," Bergman said. "If nothing changes, I don't support him."

Jennifer Morrison, deputy commissioner of the Vermont Department of Public Safety, served as interim police chief in Burlington during the first half of 2020, when Murad was deputy chief. She said Murad has led the department through a uniquely stressful time, starting with a raucous protest at Burlington police headquarters shortly after George Floyd's murder by Minneapolis police in May 2020. At one point, she and Murad stood quietly as activists poured fake blood at their feet.

Morrison said she can't comment on Murad's willingness to accept any particular reform proposal, but she said the acting chief has proven he's "very agile, very willing to change directions."

"He's a guy who is constantly looking for ways for us to do better," Morrison said. "He is as 'small p' progressive as you are going to find a police chief in Vermont."

Weinberger, for his part, said he's confident Murad can tackle the city's public safety challenges, including reforms that achieve racial justice. He also walked back some of his preelection rhetoric around needing a "permanent" chief, saying instead that Murad's indefinite appointment as acting chief provides the department with the leadership it needs.

"It is my hope and belief that that gives him the authority and stability that he needs to move forward," Weinberger said. "It would be better if, at some point, the council joined us in this. I think that would make it even more likely that he can succeed."

The original print version of this article was headlined "Staying Power"