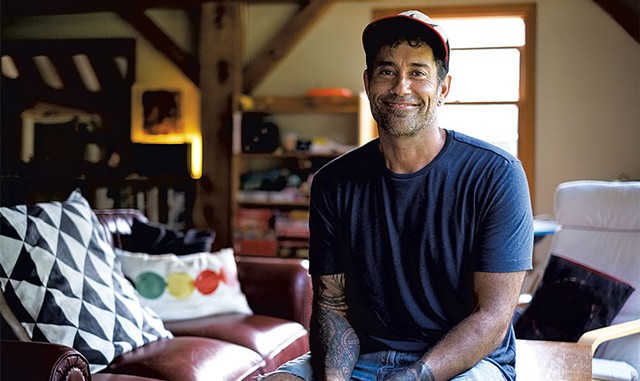 For years, Jared Williams dreamed of leaving Boston to create an artist residency in rural New England. The visual artist, dancer and curator had been on a roller-coaster real estate quest for more than six months when he contacted Nuria Bowart, his go-to friend when things got tough.

"I was explaining that things kept falling through for me," Williams recalled, "and she was very clear and said, 'That's because we are supposed to do it together.'"

Bowart had just sold her home in Berkeley, Calif. "I knew I was getting ready for something, but I didn't know what," she said. The pair was ready for a bold venture at a time when most friends their age were "settling in."

In February 2021, Williams, 50, and Bowart, 47, a professional dancer, movement artist and bodyworker, purchased the former Yagna Inn in Rockingham and began transforming it into the Field Center. The 16-bedroom educational center will offer residencies to working artists of all disciplines at all stages in their careers. With a stated mission of empowering people through the arts, the center will also offer programming and events to the public.

"The goal is to not just be seen, but elevated." Jared Williams tweet this

The Field Center opened over the summer to volunteers who lived there while working to bring the place to life. This month, it opens to the public with Bowart's four-part series called the Study of Dynamic Motion, based on Axis Syllabus, a philosophy and practice of human movement.

The first session, "Everything Comes From the Feet," running from November 18 through 21, will explore the relationship between one's feet and gravity. It "will change your life," Bowart said. "That's what happens when you change your feet and how you pass your weight through your body."

Movers of all disciplines may register for the residential session for $475, but no one will be turned away for lack of funds, Bowart said. The second session, in February, will focus on the spine; the third, in May, on axial arcing (moving the limbs from the spine); and the fourth, in August, on the nervous system.

Though Williams and Bowart aim to serve artists of all disciplines, movement will be at the core of their programming, because "the body is at the center of everything," Bowart opined. In their lives, "the body and making from the body ... [has] been the driver." 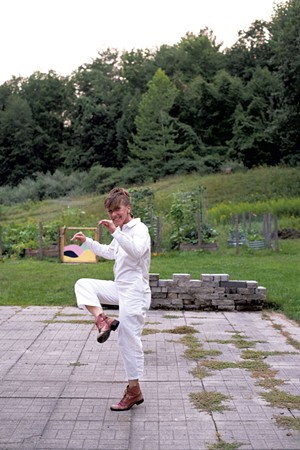 Williams and Bowart met as teens at the Putney School and reconnected as adults through an alumni newsletter and a shared interest in the Brazilian martial art capoeira. Their friendship has steadily deepened in the past 15 years, and they often spoke about "one day" doing something like the Field Center.

Each has experience cultivating community through running schools, festivals, workshops and movement programs, but Bowart's specialty is teaching, while Williams' is programming. Building on this experience to create longer, more in-depth residential programs requires "every single skill that we've ever cultivated over 50 years of life," Bowart noted.

Located on a dirt road, the Field Center beckons visitors with a long front porch. A bright yet cozy mudroom opens into the primary movement space: two rooms totaling 1,350 square feet with many windows, a high ceiling and exposed beams. Beyond these rooms are bedrooms decorated in unique styles, some with original wallpaper, others with contemporary touches.

The windows look out over the center's 50 acres, complete with a pond, numerous walking trails through forestland, and meadows of native grasses and wildflowers. The lush vegetable and herb gardens serve two purposes: to teach residents and visitors about food production and to grow food. The owners aim to produce one-third of the center's food on-site.

In the summer, Williams and Bowart hosted three residential 10-day volunteer sessions with 20 to 25 volunteers per session. Ages 18 and up, they included Vermonters and folks from as far away as the West Coast and Berlin. The volunteers distributed old furniture to the community, painted walls, upgraded the commercial kitchen and established the gardens. They also shared chores and made short performances when they felt inspired.

Burlington-based Alex Cobb spent early July volunteering at the center and described the place as "full of possibility." The recent Middlebury graduate's entry point was the hard work itself, and the creative opportunities were a bonus. "Growth happened in meeting different people," Cobb said cheerfully.

Williams and Bowart are now repairing windows and gutters and preparing for winter, as well as planning larger projects. With the help of a consultant, they're designing a one-year, $2.5 million capital campaign that will launch in the spring. Funds will support construction of a new 3,000-square-foot performance building, tuition-free instruction, an endowment, energy improvements on the existing building and garden infrastructure. They want the center to have the capacity to serve not just the town and local community but also the region.

The duo is in the early stages of collaborating with local organizations such as WOOL 91.5 Black Sheep Radio and the Mary Exner Block, an affordable housing community. They plan to seek more partners in Vermont and beyond.

"If there's something that you think is missing [here], and you're looking to this space to provide that, then let's have that conversation," Williams said.

"Jared and Nuria are really open to receiving ideas and to [the center] being shaped by the people who choose to come and work with them," Cobb said. 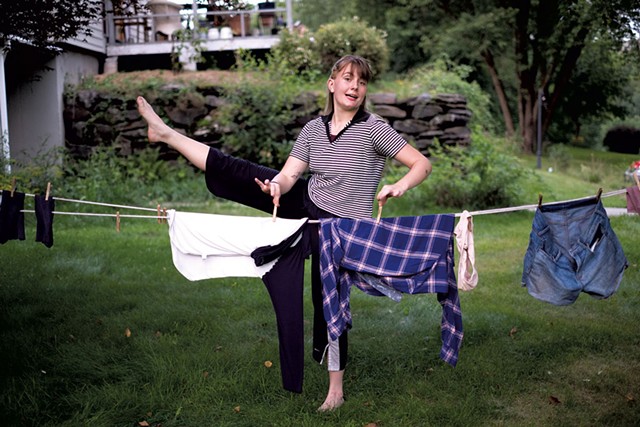 This winter, in addition to the Study of Dynamic Motion series, the center will host four small group residencies with artists who attend by invitation. Next summer, programming will include several 10-day performance-making intensives that offer mentorship and feedback to working artists.

Eventually, "the spine of the Field Center," as Williams described it, will be a tuition-free, application-based multidisciplinary program. "You could have a sound artist, a performance artist and a dance artist — or a writer, a dance artist and a permaculturist — working for a long time in a small group together," he said.

The pair describe themselves as committed to equity, diversity, inclusivity, and uplifting the voices of visionaries, artists and creators.

Williams and Bowart are looking for a third director, ideally a person of color. Both white, "we have to really watch ourselves and work with others ... to check how well we're meeting our goals of helping to share power and cultivate empowerment," Bowart said. "That's a big deal for both of us."

A 28-member advisory board of artists and other creatives is helping to expand their reach, hold them accountable and problem solve, Williams said.

"Now that I'm doing 100 percent what I love, it's very hard to know when to stop working," he admitted. He's pondering how to "find joy and creativity inside of inviting others to create. From the time that [artists are] invited to be in the space to the time that they inhabit it, the goal is to not just be seen, but elevated."

The Study of Dynamic Motion: Everything Comes From the Feet, a residential workshop offered by Nuria Bowart, Thursday, November 18, through Sunday, November 21, at the Field Center in Bellows Falls. $475.

The original print version of this article was headlined "Bold Moves"