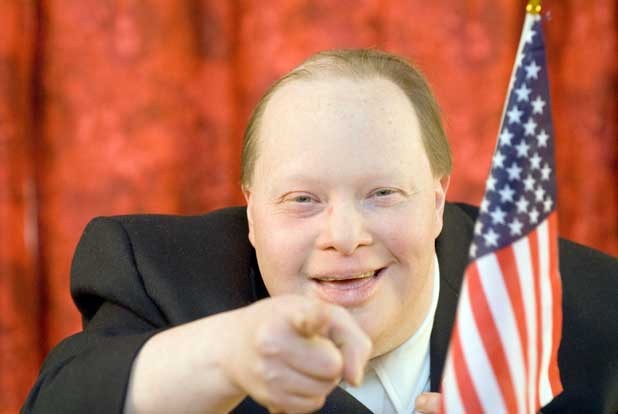 Little Bill Villemaire started it all. When he was born in 1956 with Down Syndrome, his mother Theresa was encouraged to send him away to a private facility in southern Vermont. She opted to care for him herself — and then some. Theresa Villemaire’s ensuing activism on the part of her and other families’ disabled children was integral to the evolution of special education in Vermont, and it figures prominently in Bill’s Bill.

That’s the name of a play written by Emily Anderson, theater director of Winooski-based VSA Arts of Vermont and founder of Awareness Theater Company, that debuted two years ago in Burlington. Its title refers to legislation brought to the Vermont House in 1977 by then Representative Lorraine Graham of Burlington that allowed developmentally disabled individuals to take the time they need to get through high school. Graham dubbed her legislation “Bill’s Bill.” This week, the movie version of the story premieres at St. Michael’s College, with a suitably prominent role for an articulate, top-hatted Bill Villemaire, now 51.

Villemaire was Anderson’s assistant in a Can Do Arts self-advocacy theater class at Howard Community Services several years ago, when he happened to mention that he had a legislative bill named after him. “I kept talking to other people and found out about it,” she says. Local videographer Jim Heltz of Green Mountain Video saw the resulting play and proposed it be turned into a film. Anderson wrote the screenplay, and Heltz directed.

The DVD of Bill’s Bill includes “auxiliary chapters” featuring interviews with individuals involved in special education, and scenes from rehearsals in which the cast learns its lines and blocking, to much laughter all around. But while the directors and performers clearly had a bang-up time with their roles, their evident pride, and their achievements, provide many moving moments to viewers.

After all, it was mere decades ago that disabled individuals were not allowed in public schools, and very little achievement was expected of them. Bill’s Bill tells of previous Vermont legislation that mandated “mainstreaming” — legislation that was essentially copied by the feds — and traces the parallel development of special-needs teacher education at (now-defunct) Trinity College of Burlington, spearheaded by Sister Janice Ryan.

Anderson says the movie-making process took several months; the filming was done over just five days, but she spent a summer looking for historical photos and other documents. “I thought it would be easy,” she says, “but in the end they were hard to find.” She benefited from input from Graham, who is now in a Burlington nursing home rehabilitating a broken leg, as well as from Sister Janice, Theresa Villemaire and others in this real-life saga.

“Bill’s mother keeps saying, ‘I hope it doesn’t seem that we think we’re special,’” Anderson relates, noting that many individuals share credit for what was really a civil-rights movement in Vermont. “What this movie shows is a very dedicated bunch of people,” she says. “Many were involved, but it took this one story to travel through the history.”

Bill’s Bill will be shown on October 30 at McCarthy Arts Recital Hall, St. Michael’s College in Colchester, at 7 p.m., free and open to the public. The movie, followed by an interview with Bill Villemaire, will air on VCAM (Ch. 15) three times each week in November: 4:30 p.m. Thursdays, 10 a.m. Fridays and 8:30 p.m. Saturdays. For more info, click here.