More Than Meets The Ear 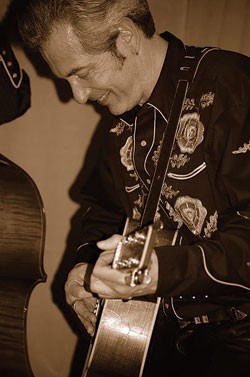 I have been lying awake nights for the last week and a half trying to come up with a clever headline for Nexus Artists’ upcoming showcase, The Beatdown, featuring U.K. breakbeat badasses, The Autøbøts. “More Than Meets The Ear.” Not bad.

The London-based DJs/producers comprise one of the most sought-after duos in the electronic music world. Their unique breaks and funked-up bass lines have endeared them to legions of Red Bull-swilling, glow-stick-spinning EDM fans from Hong Kong to Hoboken and every major dance club in between. Including — I’m not making this up — something called “Eargasm” in Britain. That’s just awesome.

The pair’s label, Broke Recordings, is a cutting-edge producer of electronic music. Its releases have found their way into the record bags of such notable turntable titans as Fatboy Slim, Krafty Kuts, DJ Icey and Stanton Warriors. They also totally kicked The Decepticons’ asses. Or were those different Autobots?

This Thursday, the globetrotting gurus take over Club Metronome — and maybe Cybertron? — with help from some of the area’s finest DJs. Slated to appear: DJ A-Dog spinning a special set entitled “Return of the Boom Bap,” Nexus co-founders Justin R.E.M. and Chris Pattison and a special audiovisual extravaganza from local A/V Club holdovers Glamotron.

Sadly, Soundwave was originally on the bill but had to cancel, as the Transformer and his flying cassette tapes were double-booked for a “special” performance at Eargasm.

And, yes, I made up that last part.

There’s really nothing quite like a good open-mike night. Or is that a contradiction in terms? Zing!

All kidding aside, open mikes are a valuable stepping-off point and proving ground for artists of all stripes. Nearly every night of the week in some cozy corner of the state, up-and-coming musicians can be found honing their sound in front of forgiving audiences and fellow artists before graduating to larger stages.

For the most part, open mikes have long been the domain of singer-songwriters and poets, or new bands looking to develop a following. Unfortunately, hip-hop artists have had few outlets in which to test their skillz. Until now.

One of the area’s hardest working MCs and a true champion of local hip-hop, GTD’s Burnt MD, has put together an open-mike night based on the concept of the “cypher.” It’s called “The Spot,” and the idea is basically this: If you rap and can keep a beat, you’re in. MCs, singers, DJs, instrumentalists and dancers are all encouraged to show up and bust a move/lyric/gut/cap/etc.

I had the opportunity to check out the event’s first incarnation a few weeks back and had a blast — though I’ll not be rapping anytime soon, I assure you. Artists from across Vermont’s increasingly vast hip-hop landscape turned out in force. Members of GTD, Redline, The Aztext, VT Union and a host of others all took turns on the mike for a frenzy of free-wheelin’ free-style under Burnt MD’s guidance.

If you haven’t checked out the talents of our local MCs and DJs, now’s your chance. Better yet, if you’re a bedroom DJ/MC looking for a way to break into the scene, show up at Nectar’s this Tuesday. Word.

Here’s a question for you, Burlington: Why haven’t you been going to The Skinny Pancake to see live music? It’s cozy. It has good acoustics. They’ve got great beer. And they’ve been booking some pretty cool bands to boot. What gives? If I had a nickel for every time I’ve heard someone complain that this town needs another venue I’d . . . um, have a lot of nickels. Like, a lot, dammit.

I don’t mean to scold. I’m sure you’ve been super-busy lately. Or maybe you’ve just been waiting in the inexplicably long line that forms at What Ale’s You every weekend. Seriously, what’s up with that?

In any event, if you haven’t been to the little crêpe café at the bottom of College Street, this Thursday might be a good time to check it out, as New Jersey’s acoustic folk sirens Folk By Association kick off a weekend of Vermont dates.

The poppy duo has been drawing rave reviews up and down the East Coast as well as comparisons to fellow girl-folksters such as The Wailin’ Jennies.

Crêpes, microbrews and cute girls with mandolins. What more could you possibly ask for?

Perhaps you’ve already read the interview with Lucy Vincent bassist/band manager Jordan Lee Berger in this week’s issue. It’s a good one. But what you wouldn’t have known by reading it is that the band is looking for interns. Not the congressional type, of course. The good kind.

College kids looking to bolster their resumes or get a start in the music biz can contact Berger at Jordan@lucyvincent.com.

Haven’t heard from The Static Age in a while. But it seems they’re making a return to the Green Mountains — or at least Winooski. Sweet.

Word on the street is that the band’s original drummer and current Bone Cobras skins man, Bobby Hackney, will join the band for the show, and that they’ll be playing a few forgotten tunes from their first album. Super-sweet.

Catch ’em this Saturday at The Monkey House with Long Island punkers We Meet Under Tables, local post-punk outfit Drive the Hour and Maneuvers.

Last week, I told you about the impending demise of Honky-Tonk Happy Hour with Mark Legrand at Montpelier’s Langdon St. Café. Just so you know, you’ve still got two weeks to catch it before the session is retired on Friday, December 7.

I also informed you of the triumphant return of Brett Hughes and Honky-Tonk Sessions at Radio Bean. But I’m afraid something went horribly awry.

Accompanying the blurb about the two honky nights was a fetching pic of Hughes, Gordon Stone and Marie Claire tearing it up at the Bean. The caption? Mark Legrand. Oops!

To make up for it, here’s a nice picture of Mark. Sorry, guys.