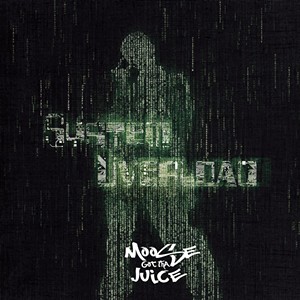 At this point in the coronavirus era, who hasn't made a calming quarantine playlist? Mine is called "Chill Pill" and is full of R&B and melodic hip-hop songs by rapper-singer Rod Wave, recently deceased Philadelphia MC Chynna and G.O.O.D. Music's rising star 070 Shake, as well as tracks from Lil Baby and Gunna's 2018 joint album Drip Harder. My most recent additions to the list are by Winooski hip-hop artist Jacob Therrien, who performs as Moose got tha juice.

On his EP System Overload, Therrien finds a balance between melodic and lyrical styles as he espouses a YOLO-type attitude across five catchy tracks. I find it comforting to give myself over to his short-term mentality at a time when what-ifs can be paralyzing.

On the opening track, "BAND$," Therrien raps "Fuck a lick, I make money quick / Spend that with my bitch, get it back / I been getting good on how to bend a pack, make it last / Damn, life be moving fast." That last part is for damn sure.

My first thought upon reading the title of "Control" was Janet Jackson — specifically, Jackson's 1986 single, "Control," from the album of the same name. Turns out, the music does indeed channel Jackson, but it's her slow jam "Any Time, Any Place," from the 1993 album Janet. And Therrien's song is not a power-claiming anthem like Jackson's 1986 cut but the opposite. In the hook, Therrien, who is associated with the Hella Fader crew, warbles, "Need to let go, lose all control / Look up far, pray to the stars."

These lyrics hit like a reiteration of the Serenity Prayer ("Grant me the serenity to accept the things I cannot change..."). Perhaps this is a valid approach at a moment in history when anxiety levels are higher than the artist in his Instagram pics.

Production, which Therrien credits to London- and Canada-based producer dxfective., is a poppy, trappy treat. On "SWISHAS," dreamy effects are a soft backdrop for Therrien's hard-ish lyrics about smoking "mad blunts."

In the same song, he reveals his motivation for making music: "Do this for my homies, brother, mother and my dad / Fuck, I know they sad, I gotta make 'em proud." True, we only live once, but let's make it count.

System Overload came out on February 14. Therrien described it on Facebook as his "Valentine's Day gift to the world." I find the hubris in this post warranted, because I'm in love with the EP as a bit of quarantine escapism.

System Overload is available at SoundCloud.