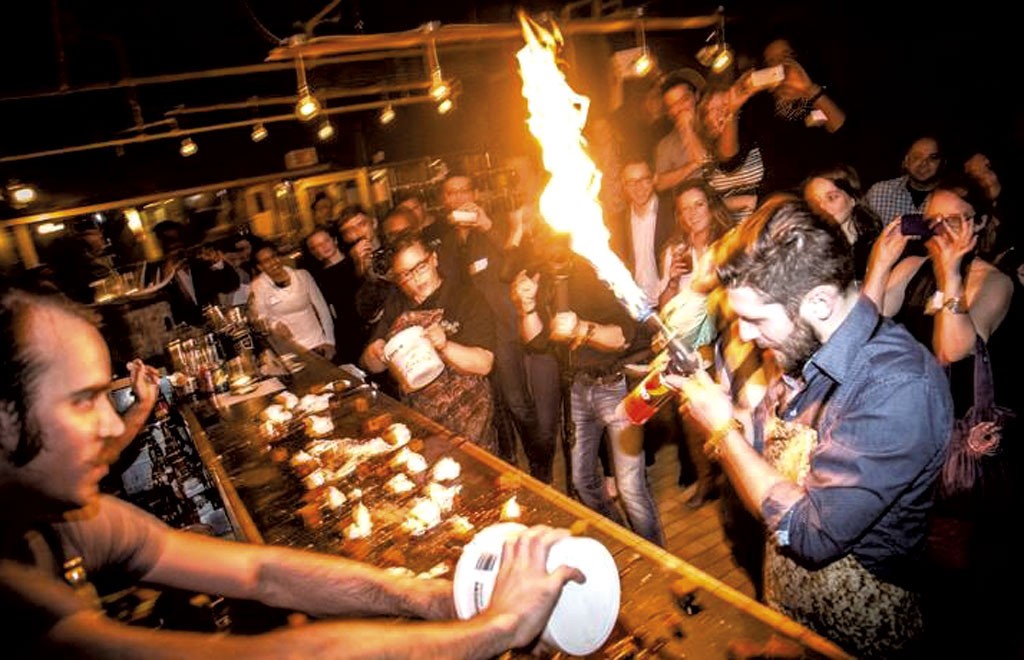 When Jean-Michel Leblond, the chef behind Montréal's Tripes & Caviar, ventures stateside, the destination is always the same. "We're super good friends with the guys from Hen of the Wood," he says of the Waterbury restaurant. "It's my hideout. It's my man cave."

Five years ago, Leblond founded Tripes & Caviar as a small pop-up, an "anti-foodie food club," as he puts it. The name is appropriate: Much of the cuisine focuses on uncommon, "fifth quarter" foods made palatable with exceptional preparations. Now, he runs a restaurant by the same name.

But pop-ups are still central to what Leblond does — he spoke to Seven Days from Toronto, where he's planning just such an event. Until now, all of the dinners have taken place in Canada. On April 20, that will change with a seven-course meal served at Hen of the Wood in Waterbury.

Why Vermont? "We're thinking of expanding to the states, cities like New York and Boston. For us to be able to have that, we have to establish some communication with the closest American state," Leblond explains.

The Vermont Tripes & Caviar dinner, named "The Champlain Mistress," is a collaboration of Leblond; Burlington Hen of the Wood chef de cuisine Jordan Ware; and Andrew LeStourgeon, pastry chef at Little Sweets at Hen of the Wood. The rest of the culinary team will include the Hen at Waterbury's chef John David Palmer and Tripes & Caviar chefs.

Leblond and Ware are still finalizing their menu, but the Montréal chef offers this: "What we want to do for this event, since it's the first one, is showcase my style and showcase all the amazing Vermont products. I don't want to go too crazy with serious underground offal."

But dessert will be sufficiently hard-core to satisfy the anti-foodies. With musical accompaniment, Leblond and LeStourgeon together will prepare the former's signature Jackson Pollock dessert. The table full of sweets is as much a theatrical experience as a culinary one.

LeStourgeon says this finale will be an apt summary of his close relationship with the Montréal chef. "I'm a pastry chef. I hate dead animals and he hates pastry, as well."

"He's made a lot of progress on desserts and should be proud of the desserts he's making now," says LeStourgeon. "I can't say that for myself in the field of dead animals."

Soon, Vermonters will be able to taste the progress of both.

The original print version of this article was headlined "Offal Good"