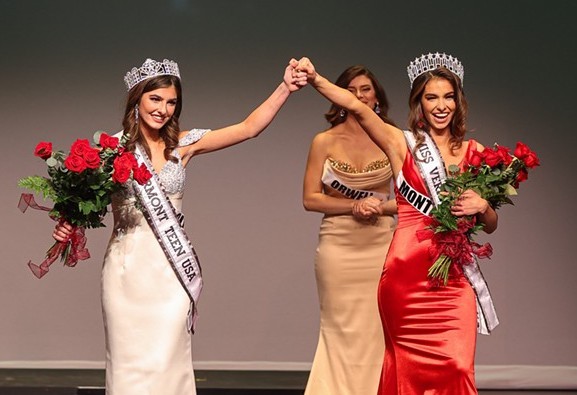 The theme song for the  2022 Miss Vermont USA and Miss Vermont Teen USA pageants could be the Eurythmics’ “Sisters Are Doin' It For Themselves.”

Kelsey and Kenzie Golonka of Montpelier were crowned Miss Vermont USA and Miss Vermont Teen USA, respectively, on Sunday at Spruce Peak Performing Arts Center in Stowe. It marks the first time in 40 years — since a teen division was added to the event — that sisters were victorious in the same year.

“My heart was pounding and I was over-the-moon excited when Kenzie was getting called,” Kelsey, 22, said. “Obviously, I was super-excited for myself. But I was even more excited for her. That was super special.”

Kenzie, 16, is a junior at Montpelier High School. She said she was “super-shocked” to win the teen competition, which preceded her sister’s Miss Vermont USA event.

“When my sister won, too, it was really surreal,” Kenzie said. “And I’m excited to be able to do this with her.”

The sisters will represent Vermont at the Miss USA and Miss Teen USA 2022 pageants later this year.

“We’re going to be spending the year promoting the Miss USA Vermont organization,” Kelsey said. “And go around and talk in schools and inspire other people across the state of Vermont.”

The Miss Universe organization, which oversees the Miss Universe, USA and Teen USA pageants, "is all about empowering women and exploring their confidence,” Kelsey said, explaining her interest in pageantry. “To me, that was incredibly appealing.

“I wanted to be able to go into a room no matter who I was with,” she continued, “and hold my own and have that confidence.”

Kenzie, the youngest in the family, said she was impressed by her sister’s Miss Vermont Teen USA experience.

“That inspired me,” Kenzie said. “And I wanted that confidence for myself.” 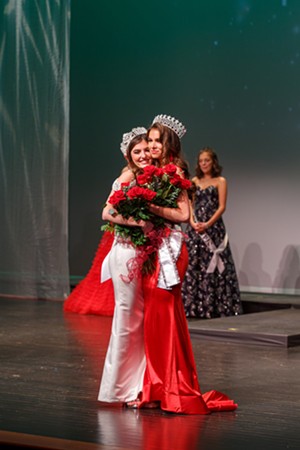 A total of 12 young women competed for the crowns — seven for Miss Vermont USA and five in the teen pageant.

“For me, this is all about self-reflection and being able to go up onstage and present myself in a way that’s saying, ‘Hey, this is me, and I’m not perfect by any means,’ ‘’ Kelsey said. “And I hope to show that and inspire young individuals across the state and at the national pageant, as well.”

On occasion, their diet includes a meal at J. Morgan’s Steakhouse in the Capitol Plaza, a business owned by their mother’s family. Kelsey likes the maple-ginger glazed salmon, and Kenzie is a fan of the pub chicken.

“You don’t need to be six feet tall and a supermodel and a stick figure. Everyone is beautiful and that’s what 'pageantry reimagined' is all about,” Kelsey said, referring to the Miss Universe organization's slogan.

“I think my sister summed it up pretty nicely,” she said. “This weekend is about being confident in who you are and showing that to everyone.”

The Miss USA pageant is 70 years old; the teen pageant started in 1983.