Montpelier's Center for Arts and Learning Opens Its Doors 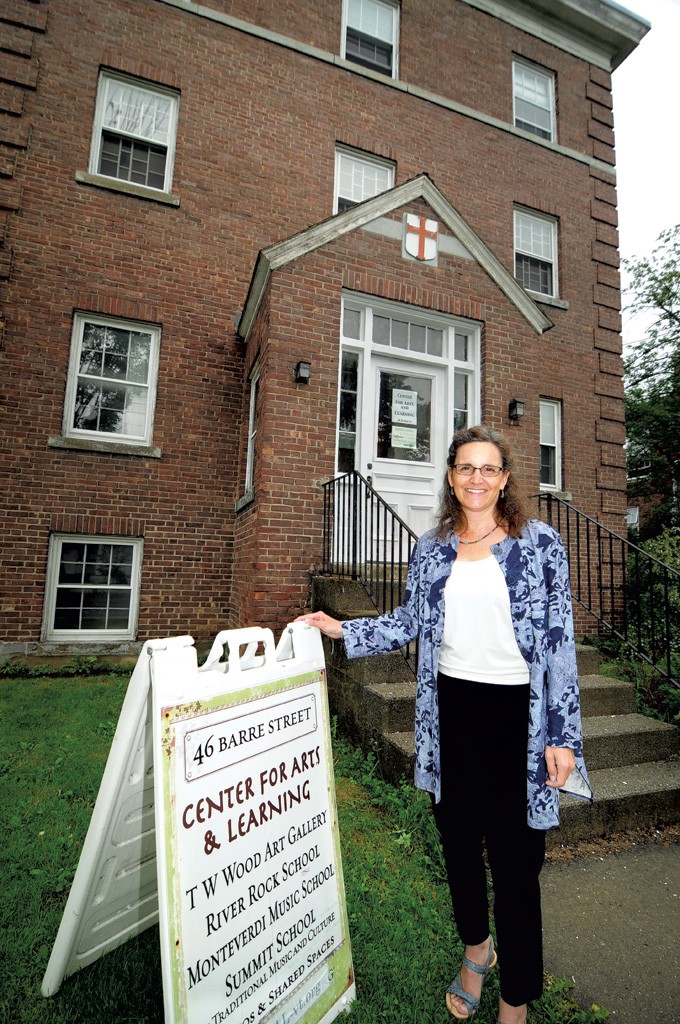 A long block from downtown Montpelier, a tidy brick building looms over Barre Street. Once a convent and Catholic school, the building may look square on the outside, but inside musicians hone their craft and boisterous children animate the once-prayerful quarters. Now the Center for Arts and Learning (CAL), this structure houses founding organizations Monteverdi Music School, River Rock School and T.W. Wood Gallery.

The building also boasts numerous artists' studios in the former cells of the convent and includes institutional partners including Shambhala Meditation Center, the Summit School of Traditional Music and Culture and Onion River Exchange time bank. That may seem like a full house, but the mix of missions, programming and community members that CAL encompasses creates what director Irene Facciolo calls "beautiful chaos." Fiddle reels escape from practice rooms upstairs and mingle with the happy sounds of River Rock schoolchildren returning from the playground.

This Thursday, June 4, CAL invites the community to an Open House gala for an informal evening of music and conversation that will introduce not only the center's environs but also its vision and ethos. The decision to call the event an open house is fitting — many of the organizations in the building were previously seeking permanent homes. With the completed purchase of the building at 46 Barre Street in late 2014, CAL's community of volunteers, staff and supporters is exuberantly nesting and starting renovations — from modest painting and spackling to creating an elegant gallery for the Wood.

As the building hums with pre-gala preparations, even individual tenants of the building, such as artist Ben T. Matchstick, a "professor" at the Cardboard Teck Instantute, are gearing up to welcome the public. Matchstick and collaborator/cofounder Pete Talbot will demonstrate their new portable cardboard pinball game, the PinBox3000 — the first of its kind — at the open house. For Matchstick, whose son attends River Rock School, "[CAL] feels like a great Montpelier-esque family environment and a general hive of culture," he says.

Similarly, Heather Kralik of the Onion River Exchange looks forward to introducing its tool "library" to visitors. "We are all in this together, exchanging time and talents," she says. "What could be better than that?"

While CAL prepares for its gala, Facciolo is also thinking about the organization's broader vision: as a "hub" for arts activities that are currently scattered in various appropriated spaces, and that often inadvertently end up competing in the absence of a central organization.

What originally drew Facciolo to CAL, she says, was the positivity and volunteer spirit she observed in Monteverdi board members such as Stephen Falbel and Paul and Peggy Irons, who initiated the purchase of the Barre Street building. Their shared civic-mindedness appears to be infectious.

Facciolo relates a recent encounter with a parent who volunteered to fix up a common space in the building: That realization that everyone can offer something is key to CAL's next steps, she believes. "They say, 'Oh, I could help! I could do that.' With small things, small improvements, people are starting to feel more ownership."

After outgrowing three spaces in nine years, River Rock School's codirectors, founders and teachers, Allison Caldwell and Shawnee Perry, say they've finally found a home at CAL. In an email, they explain, "We felt that [CAL] was a good match because we're like-minded organizations. We are all nonprofits involved in creative endeavors, working on a shoestring. River Rock School's curriculum is based in the arts, so having a music school and an art gallery on-site enhances our dedication to self-expression and the possibility for creativity and collaboration."

The T.W. Wood Gallery was housed for many years at the Vermont College of Fine Arts. In a previous Seven Days story, former director Joyce Mandeville characterized the Wood as "the Blanche DuBois of the art world" — that is, a gallery without a permanent home. As a founding member of CAL, the Wood has found that home in a 1950s wing formerly occupied by St. Michael's Catholic School.

Importantly, too, the gallery's proximity to downtown Montpelier invites locals to experience what Pelton calls the "treasure" in their midst. "This collection needs to be brought back to the attention of this community and the wider community of museums and collectors," he says.

As proof of the collection's importance, Pelton notes that the Wood recently loaned two of its works to museum exhibitions. Wood's work, he says, is ripe for reconsideration. "It's an educational research asset. It's time to bring Mr. Wood back to the fore a little more."

Many spaces in the 1930s-era former convent and 1950s-era school, which together comprise the premises of CAL, remain unfinished but hold promise. Facciolo sees "good bones" in the building, and looks forward to the renovations that will bring it up to ADAcode and equip it to facilitate the vision she and her collaborators share.

Current plans include both pragmatic changes and more imaginative transformations, including the creation of a large exhibition and performance space for the Wood wing. Meanwhile, CAL is open for all to see this Thursday.