Sailing into unknown waters, are you better off with old salts or a fresh crew navigating the ship? Vermonters are about to find out.

As the 2015 legislative session launches this week in Montpelier, several key roles will be filled by new players — or, in some cases, by veteran players with new assignments. They'll face a host of serious challenges, from bridging a $100 million state budget gap to revamping Vermont's education finance system.

A change at the top looks unlikely: Gov. Peter Shumlin is expected to keep his job when the legislature votes to ratify his election on Thursday. But he's already announced several high-level staffing changes.

In the legislature, 35 new House members and four new senators are taking their seats. Not all the committee leaders will be the same as they were last session, though Senate committee chairmanships had yet to be announced as of Tuesday.

Here's a look at some of those with new roles and how they might influence everything from the efficiency of the legislative session to how the state spends taxpayer dollars.

New role: Secretary of the Agency of Administration

Former roles: Johnson was most recently deputy secretary of the Agency of Natural Resources. He previously served as commissioner and deputy commissioner of the Department of Environmental Conservation, and was a holdover from the administration of former Republican governor Jim Douglas.

An Australian by birth, Johnson is now a U.S. citizen. He came to the United States to work as an agricultural journalist and was lured to Vermont for a communications job with the state agriculture department in 1994.

The upshot: Johnson's new job – essentially chief operating officer — is one of the toughest in state government. The "secretary" is expected to solve nearly all of the problems and get none of the credit.

Among his first priorities will be addressing that $100 million budget gap. Unlike his predecessor, Jeb Spaulding, who had previously served as state treasurer and chair of the Senate Appropriations Committee, Johnson has little financial background.

He said he will look to others for accounting expertise and sees his role as finding the path to achieve goals. Others describe Johnson as an adept manager who can navigate his way through bureaucracy. Whether it's on account of his Aussie accent or his affable demeanor, he has a reputation for finding solutions that leave all parties feeling reasonably satisfied.

As for his own politics, Johnson says,  "I tend not to approach it particularly politically. I see it as a public-service role."

Former roles: Johnson, a Democrat, has been vice chair of the Appropriations Committee for four years, a member of the committee for eight and in the legislature since 2003. This is her first legislative chairmanship, but she has experience keeping a tripartisan set of legislators in sync as conductor of the Statehouse Singers group.

As her committee tackles the $100 million budget gap, expect Johnson to try to keep members focused on the state's new results-based accountability strategy, reminding them to ask whether state programs are making Vermonters better off before agreeing to spend money on them.

"It's really about figuring out how to make decisions differently," Johnson says. 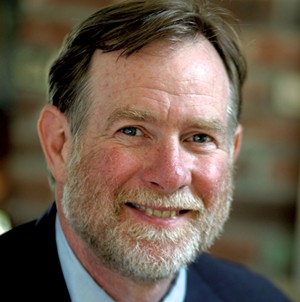 Former roles: Sharpe, a Democratic legislator since 2003, is a longtime member of the House Ways and Means Committee.

The upshot: House Speaker Shap Smith (D-Morristown) says his No. 1 priority this session is to reform Vermont's complex and controversial education finance system. To achieve that goal, he plans to broaden the ed committee's jurisdiction to include tax policy — and he's replacing its longtime chair, Rep. Joey Donovan (D-Burlington), with Sharpe.

A retired auto repair shop owner, Sharpe loves getting into the weeds of education funding. He's never chaired a legislative committee, but says that when he led the Bristol Selectboard, his style was to build consensus.

Many have tried and failed to find a way to lower school spending and property taxes while improving education — without stripping communities of control over their schools. "I recognize it's a difficult issue to talk about," Sharpe says.

Former roles: Chair and longtime member of the House Judiciary Committee; legislator since 1994

The upshot: This job might have become a little easier when Gov. Peter Shumlin announced on December 17 that he was dropping plans for universal, government-financed health care. But Lippert might be left to referee a free-for-all among those seeking some other way to make health care more affordable and available.

Lippert, a Democrat, didn't ask to head the health care committee, but Speaker Smith was looking for a veteran to tackle the hot-button issue after former chair Mike Fisher lost his bid for reelection.

Lippert is known as a passionate but deliberate chair who takes time to defuse differences. He was involved in crafting the 2000 civil unions and 2009 same-sex marriage laws — some of the state's most contentious and delicate legislation to date.

Former roles: A member of the House since 2005, Copeland Hanzas formerly served on the House Health Care Committee and as an assistant majority leader.

The upshot: Copeland Hanzas has been a part of the House Democratic leadership team since she was elected, and now moves into the caucus' top role. She replaces Willem Jewett, who opted against remaining in the position after two years on the job.

Vermont-raised Copeland Hanzas has a wide range of connections to people and issues: The mother of three owns the Local Buzz café in Bradford and coaches youth sports. Her new role marshaling the majority caucus will require her to play the heavy with members on close or controversial bills. Copeland Hanzas has a no-nonsense demeanor that could help keep the ideologically diverse caucus in check.

Former roles: Wolffing was a fundraiser for all three of Shumlin's gubernatorial campaigns and for the Democratic Governors Association, which Shumlin chaired. Between fundraising gigs, she served as deputy labor commissioner. She got her start in the Vermont political arena as an intern for the Vermont State Employees Association.

The upshot: Most recently, Wolffing has been the young, behind-the-scenes operative working to fill campaign coffers. Senators need her to become the behind-the-scenes magician who can manage many competing egos. And given that she's spent much of her career working for Shumlin, Wolffing will likely have to assure independent-minded senators that her loyalties are now to them.

Her ability to do that — and to keep Campbell organized, focused and communicating with other senators — will help determine how well the upper chamber functions this session.

Wolffing replaces Rebecca Ramos, a lawyer and veteran political manager who played a big part in keeping the Senate running smoothly for the last two years. Ramos left Campbell's employ last summer for a much more lucrative gig working the Statehouse halls as a lobbyist with the Necrason Group.

Former roles: Degree, a Republican, was elected to the House at the age of 25 and served one two-year term before losing a bid for Senate in 2012. Degree previously served as an executive assistant to former governor Jim Douglas. He works in marketing for NG Advantage.

The upshot: In his second bid for a Senate seat, Degree came in as the top vote getter among five candidates seeking two seats. He defeated longtime Democratic senator Sara Kittell, who ran to return to the legislature.

Degree is unlikely to be a reticent freshman waiting his turn to speak. He says he sees his strong electoral showing as a license to go to bat for fiscal restraint and the cleanup of Lake Champlain. If Degree succeeds in making his voice heard in the Senate, he could raise its minority Republican profile. Ds and Ps outnumber Rs in the upper chamber, 21 to nine.