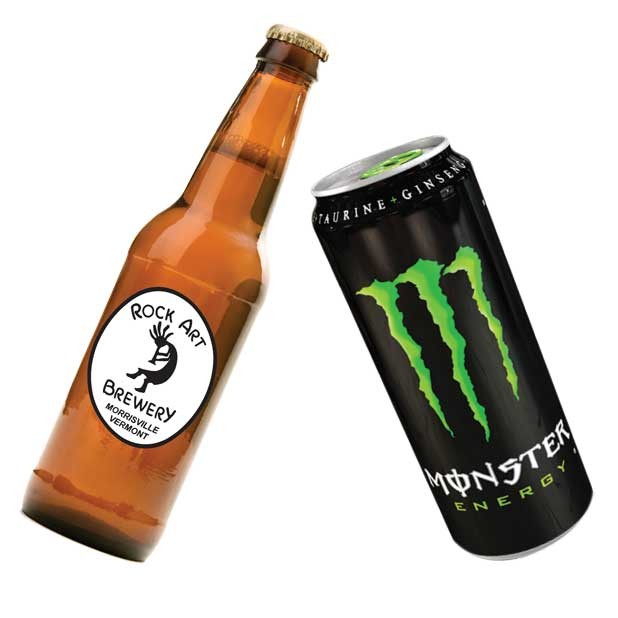 On September 14, just six days before his birthday, Matt Nadeau, owner of Rock Art Brewery in Morrisville, received an unusual email. Attached to it was a PDF full of legalese in which an attorney for the Hansen Beverage Company — maker of Monster brand energy drinks — demanded that the Vermont brewery “cease and desist” its use of the name “Vermonster” for a high-test barley wine. “Your client’s use and registration of the Vermonster in connection with beer will undoubtedly create a likelihood of confusion and/or dilute the distinctive quality of Hansen’s Monster marks,” the document reads. Nadeau was given two weeks to respond.

Nadeau, who holds the “Vermonster” trade name in Vermont, thinks the letter was probably triggered by his application to trademark it nationally. “I don’t get those people out there in California,” he says. Given that Nadeau sells about 95 percent of his beer “within 50 miles of Morrisville,” the feisty brewer says he fails to see how giving a single product a name that’s a play on its home state could damage a massive corporation making a completely different type of beverage.

So Nadeau called to offer a concession: He would promise to stay out of the energy-drink biz if Hansen stayed out of brewing. No luck. “Their third-party lawyer … believes they’ll likely pursue lawsuits and [proceedings against] trademark infringement,” Hansen says.

Simply continuing to pursue his trademark application against Monster’s opposition could cost Nadeau up to $15,000. And he’s willing to take the matter to court — an even pricier proposition — if necessary, he says. For one thing, five trademark lawyers located all over the country have told him he’ll probably win in the end. More importantly, adds the brewer, it’s a matter of principle: “They have no morals,” he says of the beverage giant. “They think, We’re just gonna steamroll it … We’ll take this little Vermont company and squash them. Well, sorry.”