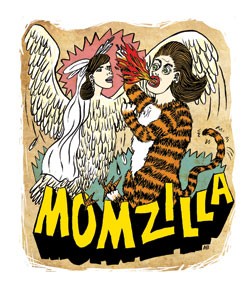 We didn’t have an appointment when we showed up at the Round Barn Farm in Waitsfield. Daniel and I had just gotten engaged, and my parents were in town, so, on a whim, we decided to look at potential wedding venues.

After checking in with some staff members, we let ourselves into the barn to find another couple in the midst of a tour. I backed off, but my mother — who, to her credit, never takes no for an answer — walked right up to the tour guide and interrupted. Would the place be available a year from June? How much would it cost? Could we do the ceremony downstairs?

I watched the other bride bristle and wanted to disappear.

The day ended with my fiancé and mother in an all-out brawl, my mother and I in tears, and Daniel driving the four of us — out of spite, he now admits — down a steep and snowy Warren driveway we would be unable to get back up. It took us nearly an hour to push the car up that hill.

The wedding, still several months off, is finally coming together. And it’s going to be great. There’s one problem: My mom and I haven’t had a non-wedding-related conversation in more than a year, and it’s driving both of us slightly bonkers.

At 28 years old, I’m part of the generation currently swept up in a wedding juggernaut. Three of my closest female friends — and many more acquaintances — are tying the knot this year. Many more got married last year. Along the way, we’ve all run into a character no one prepared us for: Momzilla.

If you’ve gotten married — or watched any episode of “Say Yes to the Dress” — you’re probably familiar with her: She is horrified by those red wedding shoes you picked out. She forgets to mention the groom in her toast at your engagement party. She will just die if you don’t wear the yellowing veil that three generations of brides in her family have worn. She’s deeply offended that she wasn’t invited to the bachelorette party. Ditto that the family dog gets to walk down the aisle but she doesn’t. And — she is only telling you this to protect you — she thinks you look fat in that dress.

“It’s pretty much universal,” says Peg Streep, author of Mean Mothers: Overcoming the Legacy of Hurt and Girl in the Mirror: Mothers and Daughters in the Years of Adolescence, among other books. Streep splits her time between Burlington and New York City. “I have never heard of anyone getting married, ever,” she goes on, “where there isn’t some stress between the mother and the daughter.”

Several big factors — and thousands of little ones — contribute to that stress.

“On the one hand, you have this very personal moment that’s actually very private. [A wedding] is a celebration of setting in stone, well, semipermanent stone” — here Streep, who’s been married three times, lets out a huge guffaw — “the most intimate relationship of a woman’s life. However, it’s going to be memorialized in public.”

Then there’s the question of taste: “What’s appropriate, what’s pretty, what’s traditional, suddenly get filtered into that private moment made public,” she says and notes, “The mother has her own idea of the fairy tale.”

The mother of the bride gets to be the star of the night without any of the anxiety of actually getting married.

And then there are the issues of “clothes and hair and weight and all of that stuff, which are flashpoints that occur between all mothers and daughters,” Streep says. “Suddenly, there they are under the microscope.”

My mom keeps saying, when I fight her on Porta-Potty styles and potential hairdos, “This is the wedding I never had.”

She got married in her parents’ front yard in 1979. She and my dad had been living together in Switzerland, where they met. Shortly after they got engaged, they decided to move to the States and get married there. There’s no cute engagement story — no surprise skywriting or even a diamond ring. They just decided in bed one morning that they wanted to spend the rest of their lives together.

They moved in August and planned the wedding for September. “Mum and Dad did most of it,” my mother writes me in an email. “They decided on the time, the food, the booze … I had no interest in decorations or fanfare and didn’t want a wedding cake.” Her mother prepared a single pot of chili for 80 guests, and my grandfather bought way too much alcohol. People got trashed — but my mother always says it was a great party.

A couple of weeks ago, an old friend of my mom’s sent her some photos from that wedding. When I spotted them on the kitchen counter during a recent visit, she was dismissive. “Oh, it was such a cheap wedding. It wasn’t anything special,” she said. I flipped through the photos: guests milling in the driveway, two potted mums propped up against the rock where the ceremony took place, members of my dad’s English family all wearing — for reasons that remain unclear — matching Holly Hobbie dresses and hats. And then there’s one of my mother. Her smile is radiant.

She always says she looked like a goat on her wedding day. I have no idea what that even means. I’ve always thought she looked beautiful — though I did wear her toga-like wedding dress to my third-grade Roman Empire reenactment day.

I wanted a simple wedding, like my mom’s, and still can’t fully understand why, if it was good enough for her, it wouldn’t be good enough for me. I wasn’t one of those girls who’d planned every detail of her fairy-tale wedding by the time she turned 13. The closest I got to a wedding fantasy was deciding that I wanted to look like Jenny when she marries Forrest Gump: flowers in my hair, barefoot in my parents’ front yard.

In reality, my parents’ front yard, next to a busy street, would be a terrible place for a wedding. As would many of the other locales for a “simple” wedding I dreamed up early in the process. I wanted to tie the knot at the summit of Camel’s Hump, until my mom put her foot down. There’s no way in hell most guests would be willing to hike two and a half hours to the ceremony. Then I wanted to get married on the rocks that jut into Lake Champlain at Button Bay. All the guests would watch from the water, floating in canoes, Sunfishes and inner tubes. You can imagine what my mother said about that idea.

And, of course, if the parents are paying — mine are — there’s not much the bride, or the groom, can do to fight it.

Instead, we’ve learned to compromise. The longer I’ve been engaged, the more Daniel and I have been willing to bend. We didn’t want a registry. But when a dear friend suggested we spend an afternoon at Macy’s zapping formal china with the registry scan gun, I took her up on it. (OK, it was super fun.) It turned out that reconnecting with her meant a whole lot more to me than clinging to the abstract notion that registries are impersonal and materialistic.

I fought my mother on inviting relatives I’ve never met. But she kept bringing it up, her voice getting sadder each time. In the end, it meant more to her to invite those people than it did to me not to. So on the list they went.

If I step back from the little fights with my mother, it’s easy to see what’s been happening. Streep describes the mother-daughter relationship thus: “At the very beginning, there’s this great attunement and there’s this mirroring. Then you hit adolescence, and you start to establish the differences between you.”

When you get married, she says, “It’s a seismic shift, because the primary relationship shifts from your parents to your husband … and your mother’s probably feeling it on the other side. There’s a huge gain in this for her, obviously, but there’s also loss.”

We’re not really fighting over Porta-Potties; we’re figuring out, in a way, how to say good-bye.

And who’s to say I won’t be just like her if I’m ever a mother of the bride? “I’d really like to know that I will act differently in this situation,” says a friend of mine, who is still struggling to repair her relationship with her mom after a scorched-earth wedding-planning process. “But I can’t be sure.”