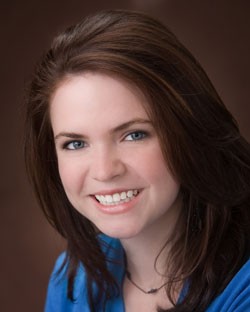 When it comes to producing beauty queens, Vermont isn’t exactly a winner. In the 86-year history of the Miss America competition, no Green Mountain girl has cracked the Top 15. Home viewers got a mere glimpse of Miss Vermont before she was whisked off stage in favor of the semifinalists, most of whom hail from traditional “pageant states” where young women really know how to wield a can of hairspray.

Not this year. Rachel Ann Cole, the 22-year-old Middlebury College senior who was crowned Miss Vermont in June, may not win the Miss America Pageant when it airs live from Las Vegas on January 26. But she’s already had plenty of airtime, thanks to a four-episode reality show called “Miss America: Reality Check” on TLC, the basic-cable network hosting the pageant this year. Featuring a cast of “celebrity consultants,” “Reality Check” boards the 52 state winners in an L.A. mansion and challenges them to “update” their heavy makeup and coiffures to something a bit more, well, naturally beautiful.

On the first episode, which aired January 4, Cole stood out for her fresh-faced, no-frills look. It earned her a spot in the week’s “bottom three,” but also in the heart of one of the stylist-judges, who called her his favorite. On the popular discussion board www.Televisionwithoutpity.com, viewers weighed in with their “Miss Vermont love.” “She seems real. She actually seems intelligent and normal,” one poster wrote. “I liked what she had to say in support of gay marriage.” “Love love love Miss Vermont,” wrote another, while a third opined, “She seemed to be the only one featured thus far to whom I could relate.”

How is Cole taking all this attention? Reached by phone, the theater major says it was “more fun doing [the reality show] than watching it. Watching it’s a little scary. You never know how they cut things.” The show’s crew pared 250 hours of footage down to four.

Though Cole hails from the beauty-queen-heavy South — Memphis, Tennessee — she entered Miss Vermont “on a whim,” she says. The $3500 scholarship she won helped her stay at Middlebury this year. Smaller than most state pageants — Cole defeated just five other contestants — Miss Vermont can’t heavily fund its winners at the national level. Cole gets just $1100 to buy her wardrobe for Vegas, whereas Miss New Hampshire receives about $10,000, she says.

That might give her a disadvantage in an old-school pageant, but not on reality TV, where it’s all about standing out. In a segment where the contestants were asked to discuss controversies over dinner, Cole was one of the few women shown who didn’t sound like a Republican political candidate appealing to the evangelical base. Editing helped set her apart, she says: “A lot of the Miss America girls do hold very conservative values. However, I’m certainly not the only girl at my table who supports gay marriage.”

Will the reality show help bring Miss America into the 21st century? Cole, who leaves for Vegas this Thursday, hopes so. “The stereotype of the ‘beauty queen’ or ‘pageant girl’ is negative,” she says. “If I hadn’t competed, I don’t know if I, as a young college woman, would know the current Miss America’s first and last name.” She likes the idea of an updated Miss America as an alternative role model to, say, Britney Spears: “a girl the same age doing exciting things to help the country.”